Tiptoe Through the Tulips Without Lace Bugs 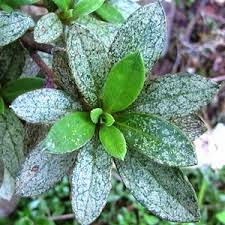 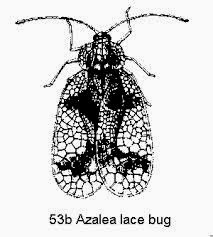 Do some of your plants have silver looking leaves when before, they used to be green?

In most cases the green has completely disappeared from the leaf and you’re left with a leaf that looks a silvery bronze with blackish veins.


You can ignore it and wait for new leaves to appear, but in the meantime your plant is struggling to grow because the leaves now lack chlorophyll.
That’s the green stuff plants need to carry out photosynthesis.
Plant doctor is on the case today and we're treating Azalea Lace Bug.
Let’s find out what we can do out this problem….I'm talking with Steve Falcioni, general manager of www.ecoorganicgarden.com.au 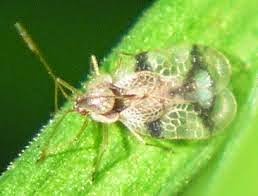 The Azalea Lace Bug (Stephanitis pyrioides), an insect originating from Japan, is a signicant pest of azaleas and rhododendrons in many regions of the world where these plants are cultivated.

Of course once you get that particular problem in your garden, the lace bugs then moves onto other plants in more shady parts of the garden as well.

If you don’t like spraying those plants even with organic controls, then you need to pull those plants out and put in something else that doesn’t need spraying.If you have any questions about Azalea lace bug or any bugs, drop us a line to realworldgardener@gmail.com or write in to 2RRR P.O. Box 644 Gladesville NSW 1675.

Is there a difference and do they really work?

Companion planting is when you plant two or more plants together to ward off problems for one of the plants.
For example if you plant Nasturtiums next to Apple trees the Nasturtium vine climbs the tree and is said to repel codling moth. 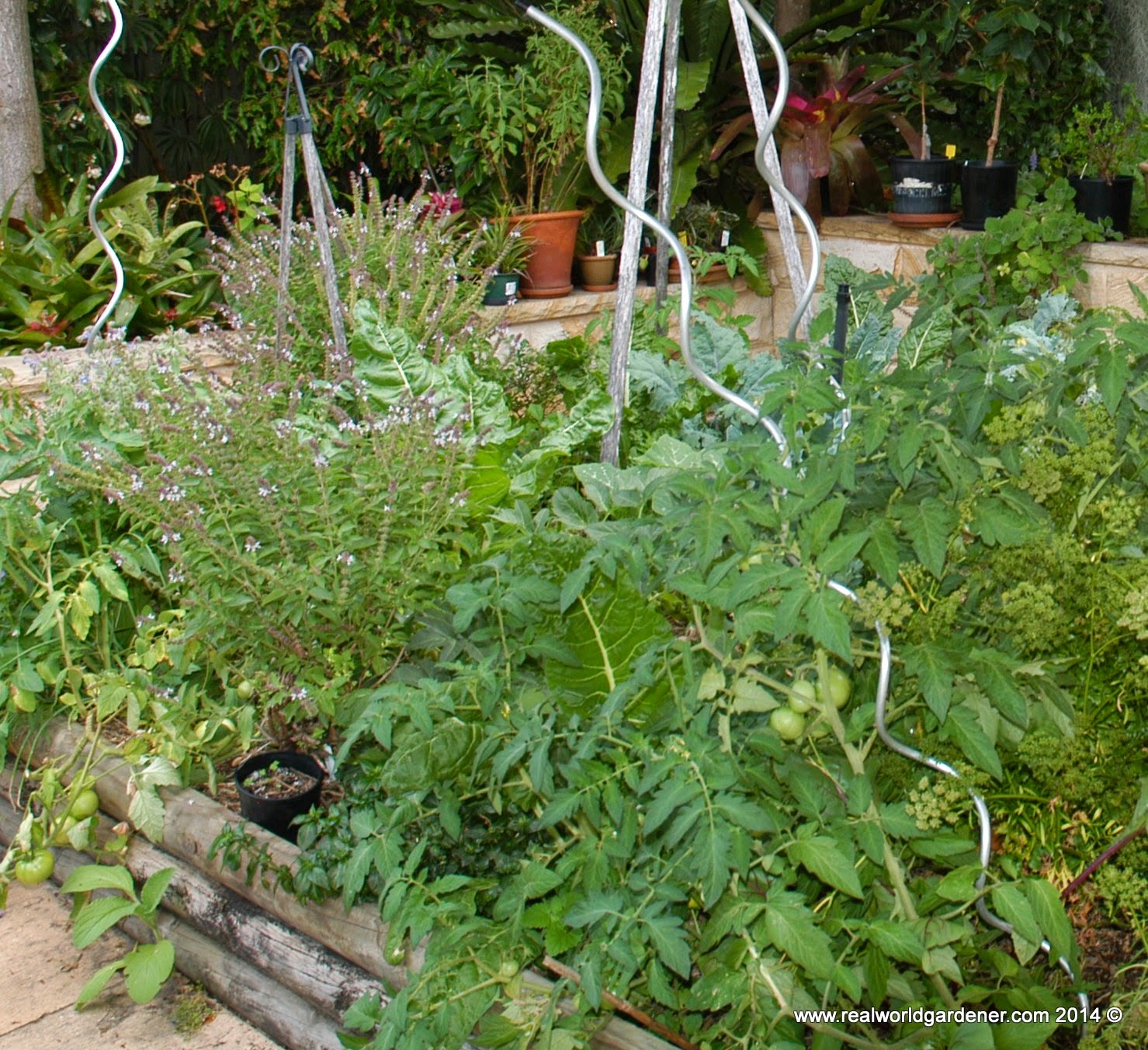 Compatible or incompatible planting is where one plant stops another from growing well.

For example planting Potatoes near is supposed to somehow impede the growth of the apple trees. Potatoes are then incompatible with apples, but Nasturtiums are companions.
The trouble is there’s no scientific evidence to prove or disprove these age old myths, legends or whatever.
You probably hear the Basil and tomato example every year and perhaps you always plant Basil next to your tomatoes to prevent fruit fly attack. 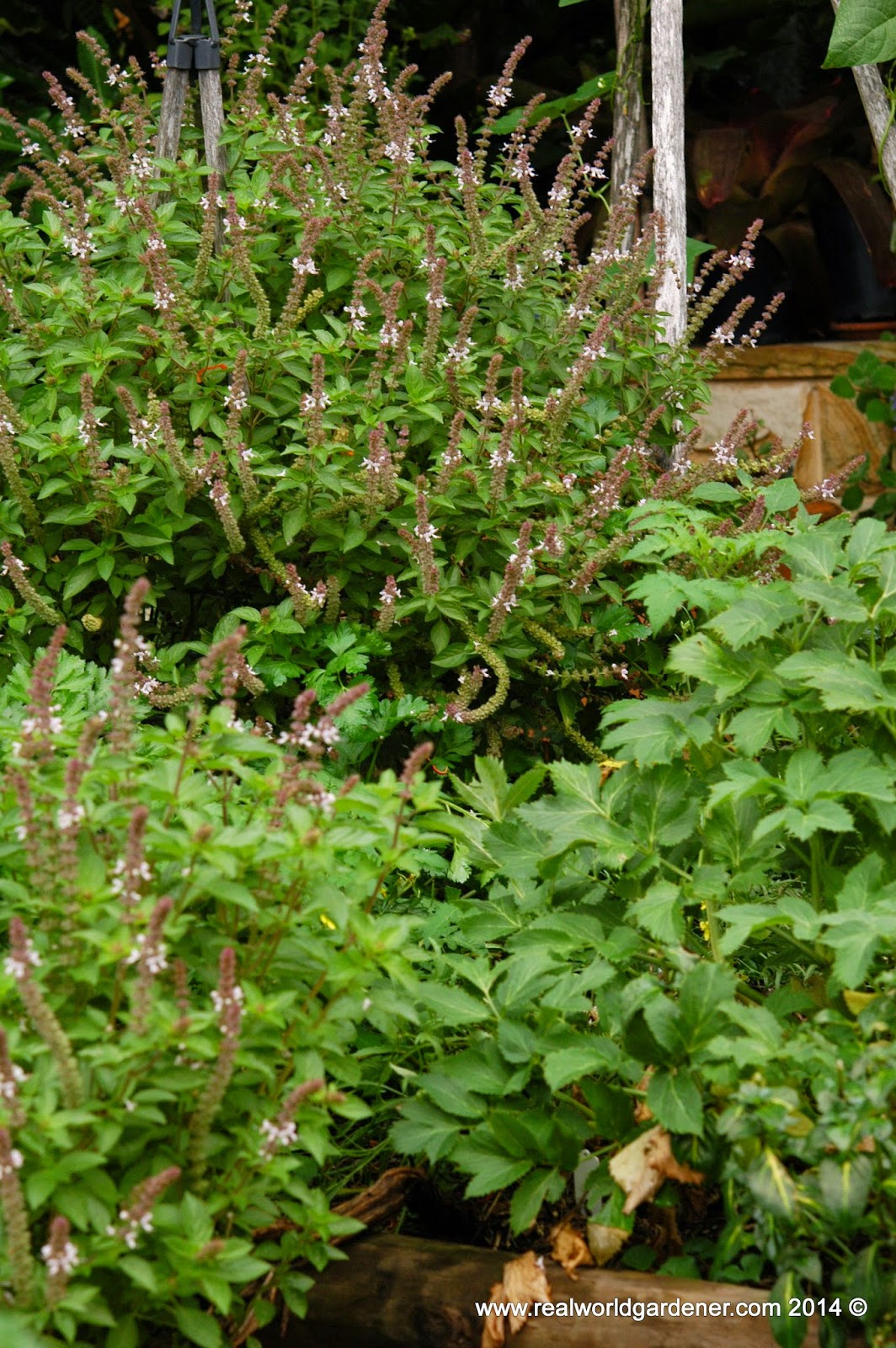 Incompatible plants are those plants that are allelopathic.


In fact, not only plants but, algae, fungi, and bacteria, produce compounds, allelochemicals, when released into soil, slows or stops germination and growth of other plants.

These chemicals are released in to the soil from the roots, leaching from leafing plants and/or litter (rain, fog, dew) and especially decomposition.
They are present in all plant organs (root, leaf, stem, flowers, pollen, ...).
The main effects of allelopathy is poor or no germination, slower or poor plant growth and one plant outcompeting the other but again this really refers to chemicals that inhibit germination of seedlings of a nearby plant.
Scientific evidence is behind all this.
Allelopathy is a common characteristic in cereals and other grasses as well as in many weeds, in pine trees and Australian eucalypts.
An example of release of chemicals is from the cereal crop Barley.
Barley is high in allelopathic chemicals when it’s growing and as the straw breaks down. Many other winter cereals also have allelopathic effects.
Barley’s one of the good crops to grow if you want to reduce weeds in one part of your garden.
Some other plants that use allelopathy are black walnut trees, sunflowers, wormwoods, oats. Maize, wheat, rice and the weed, Ailanthus altissima Tree of Heaven.
Some pine trees are allelopathic. When pine needles fall to the ground, they begin to decompose . The soil absorbs acid from the decomposing needles. This acid in the soil keeps unwanted plants from growing near the pine tree

Back to companion planting.

Companion planting is really all about plant diversity - getting plants that enjoy each other's company and that require the same amount of light, soil and water conditions.
In some cases, the guides in companion planting might contain a bit of allelopathy without actually stating it.
For example Sage, and strongly Aromatic Herbs are said to release chemicals that reduce the growth of Cucumber.
Strangely, Sage doesn’t have the same effect of Celery, in fact it’s recommended to grow Sage near Celery.
Another example is climbing beans and tomatoes roots release chemicals that supposedly reduce the growth of beetroot.
This last one is a bit hard to believe, because bush beans are fine with beetroot.
Still, there’s another aspect to all this companion and compatible planting which is plants that attract beneficial insects.
Dill attracts a Cabbage White Butterfly controlling wasp as does Queen Anne’s Lace, Allyssum, Parsley flowers.
Nasturtium disguises and repels aphids. Sage repels the Cabbage White Butterfly. Zinnias, and daisies in general attract ladybirds, which we love!
It certainly doesn’t hurt to plant those.
AND THAT WAS OUR VEGETABLE HERO SEGMENT FOR TODAY

It doesn’t matter if you’re an avid gardener, amateur gardener, organic gardener or just a keen gardener we’ve all asked the question at one point.
Why doesn’t it grow at my place?
You might know someone that has a plant you love – they live nearby – or you see something in a garden not far from you – but you’ve tried it at home and it just doesn’t work. What’s going on?

There’s a few things it could be. One is the aspect. Whatever the plants position, it really likes it if it’s thriving. It might be sun, or part shade – morning sun with afternoon shade. There might be something specific about how much sun and shade it gets that suits it down to the ground! Some plants are very specific as to what they like to grow really well, and it’s these plants that we spend time trying to work out what’s going wrong.
A friend complained that no matter what she did to her passionfruit vine, it just wouldn't grow.
Yet, her sister who lived two doors down the road, had a beautiful and bountiful passionfruit vine.
Same soil, same climate, so what could be the problem? 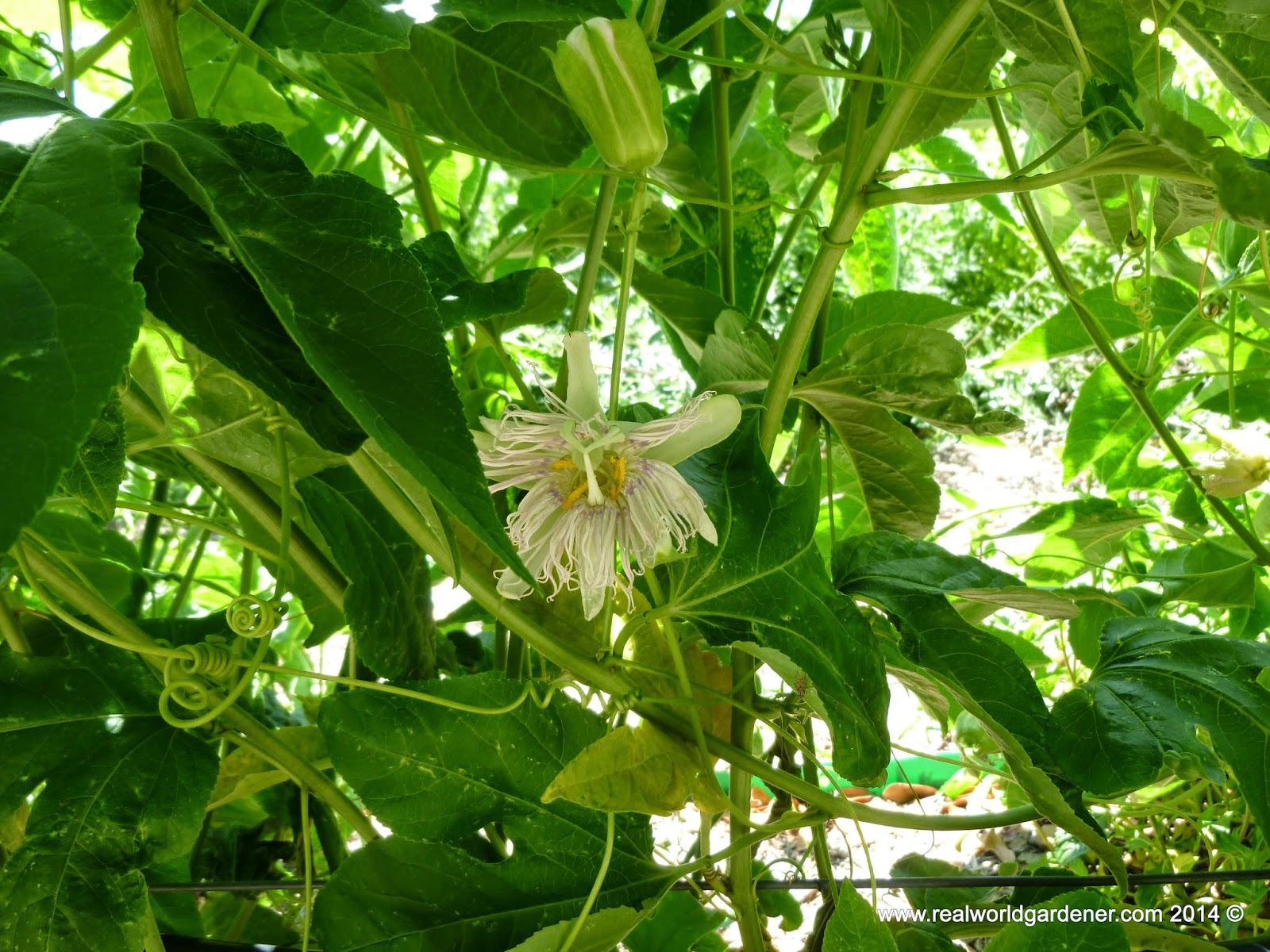 Let’s find out what this is all about.
PLAY: Garden Problems_plants don’t growatmyplace August_2014
Sometimes you might hear as “apply seaweed solution” to such and such a problem as a sort of fix all.
In some cases it seems to work but all we’ve done is started watering the plant and it’s responded.
Generally you have to look a bit further under the top layer of soil, or around the plant’s environment.
At the end of the day, if it’s not working for you, I know this is hard, you need to pull out the difficult plant start again with something else.

PLANT OF THE WEEK: TULIPS

Have you ever heard of Tulip mania? 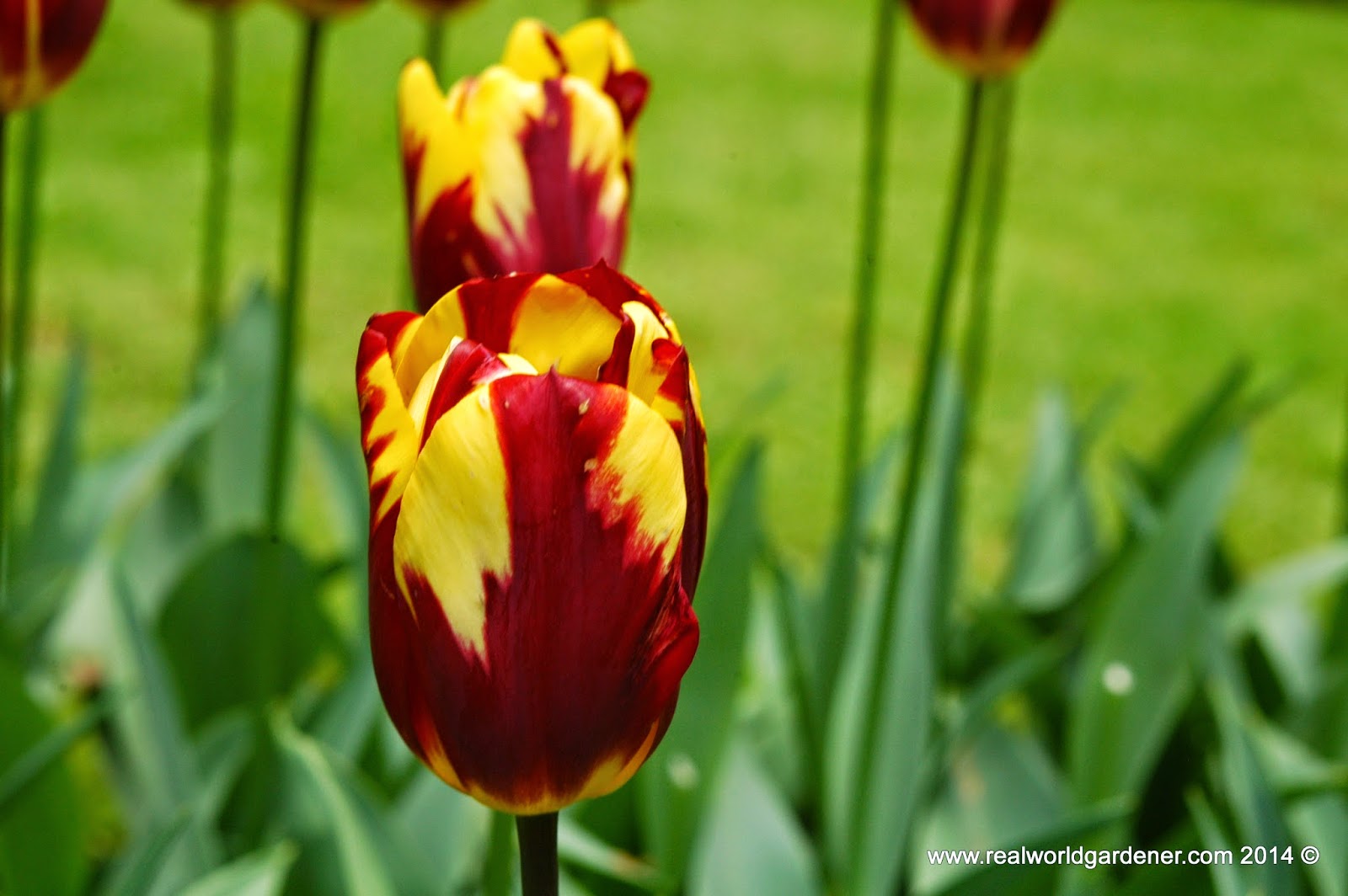 Back in 1593 tulips were brought from Turkey and introduced to the Dutch. Plants back then if they were new and rare were fairly pricey.
Then things got interesting when the tulips contracted a non-fatal virus known as mosaic virus, which didn't kill the tulip population but changed them causing "flames" of colour to appear upon the petals.
The colour patterns came in a wide variety, increasing the rarity of an already unique flower.
Tulips prices went through the roof and everyone began to deal in tulip bulbs thinking they’d make a fortune selling these unique bulbs to foreigners.
When some sellers starting getting out of the tulip market it started a downward spiral, and well, you know the rest- a tulip crash.

If you want to see Australia’s best tulip display, then head to Canberra where more than one million bulbs bloom on cue for Floriade.
Preparation started back in February/March with the help of about 25 gardeners to mark out garden bed patterns and dig out all the pathways.
The first bulbs were planted in early April, and finished planting at the end of May.
Canberra’s Floriade is in Commonwealth Park for its 27th year starting on Saturday 13 September for four weeks.
The theme for 2014 is Passion.
In addition to the beautiful flower displays, visitors to Australia’s largest celebration of spring can pick up gardening tips from experts in the field, listen to inspiring musical performances, enjoy culinary demonstrations by world-renowned chefs and keep the kids entertained with an exciting line up of activities.

Posted by Real World Gardener at 19:07