All About Australian Dendrobium Orchids

Scientific Name:Dendrobium speciosum
Common Name: Rock Orchid, Sydney Rock Orchid
Native Habitat: growing on granite cliff faces or boulders.
Plant type: Lithophyte
Description: consisting of pseudobulbs or canes that can be up to 45cm long. Large leathery leaves than can last up to 12 years on the plant. Flowering August to September.
Flowering:Arching racemes that can have up to 100 fragrant flowers per stem.
Climate zone: Outdoors in tropical to temperate climates, but shadehouses in colder areas. 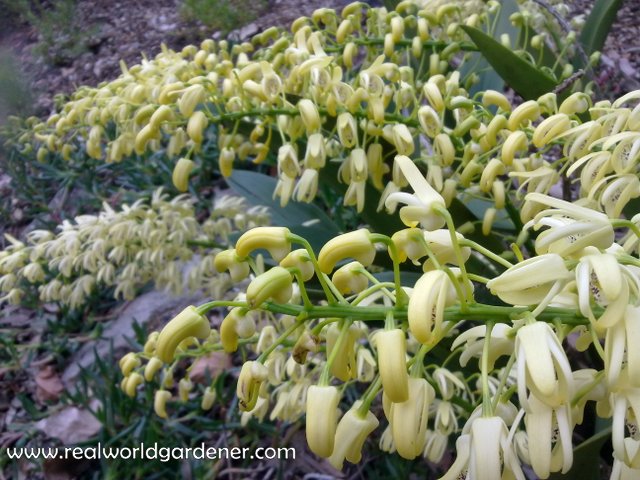 Some gardeners think that growing orchids can be a bit tricky or only for the orchid afficionado.
They may have experienced one or two failures that has tainted their perception of orchids for life.
But I think, give orchids another go, because there’s ones out there that are hard to kill.
This one’s no exception.
Let’s find out what it is.
I'm talking with Adrian O’Malley, native plant expert and native orchid afficionado.
One of the most spectacular Australian orchids and one of the easiest to grow.
Adrian has his own orchid house in his backyard where he grows about 200 different types of orchids and yes, they are all types of Australian native orchids.
Be like Adrian, and grow some yourself.

Australia has 50 native species of dendrobiums and dockrillias and most of these grow mainly somewhere along the east coast of Australia.
The ones that grow in Qld, in quite warm temperature to tropical areas, don’t grow so well further south and one might need a greenhouse to grow some of these. 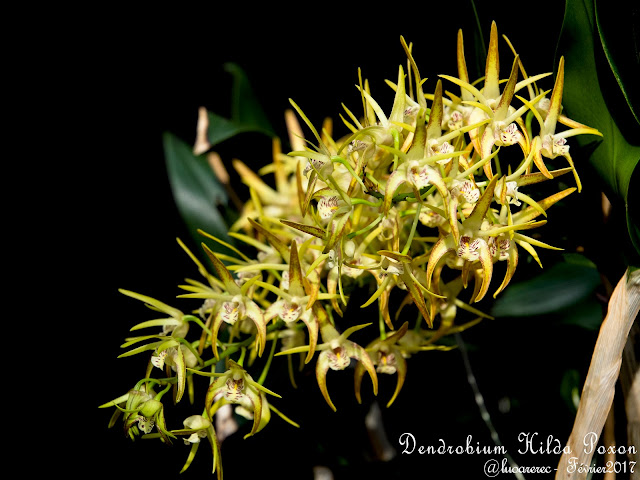 But those that originate in Victoria or NSW don’t do so well in the tropics.
This is where hybrid dendrobiums of these native orchids come in
Let’s find out..
I'm talking to native plant expert and orchidophile, Adrian O’Malley

If you been listening to the series on dendrobium orchids you might now be wondering how best to look after them?
You might even be asking do I need a greenhouse or shadehouse like Adrian has for his 200 or so orchids, or can you grow just one or two without too much fuss somewhere in the garden? 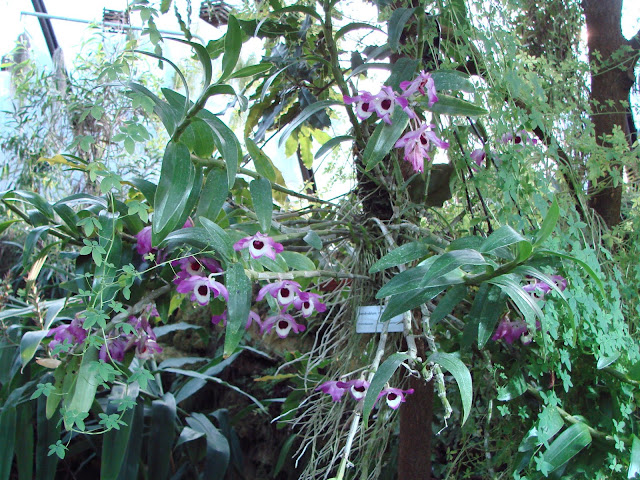 The three most important things for care of your dendrobiums are location, watering and fertilising.
Adrian’s tips is let them completely dry out in winter, but if temperatures are in the high 40’s, you may need to mist them several times a day.
If they look pinched they need watering.
Adrian has an inline fertilising system which is attached to a hose but before the tap. He then places a rock mineral fertiliser in that inline system which leaches a very small amount into the water each time he waters the orchids.
Adrian also recommends using two types of additional fertilisers depending on the time of year.
Fertilisers high in potash to promote spring flowering, and fertilisers high in nitrogen to promote growth.
Tip: Add a handful of dolomite lime over the bark mix every couple of years to counteract the acidity of the media as it breaks down.
If you have any questions about Australian orchids, drop us a line to realworldgardener@gmail.com or write to 2rrr PO Box 644 Gladesville NSW 1675
Posted by Real World Gardener at 20:22