What’s on the show today?

Plenty tips about growing and cooking with Basil in the Spice It Up segment with herb and spice guru Ian Hemphill,; get those cucumbers growing in Vegetable Heroes; Festive red flowers but are they in Plant of the Week and which fence for your garden in Design Elements?

Basil: Ocimum basilicum
At one stage the Greeks and Romans believed the most potent basil could only be grown if you sowed the seed while ranting and swearing.
Maybe that’s why the French say semer le baslic (sowing basil) means to rant.
Well I hope you don’t have to swear and rant to get your Basil seeds to germinate, just have your pencils at the ready if you want to know how to grow, use and store
I'm talking with Ian Hemphill from www.herbies.com.au


Herbs take on a different flavour when they're dried, because they lose their top notes. 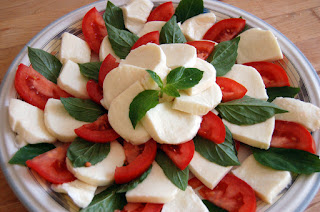 If you live in arid or sub-tropical regions you can sow Basil in late august in a mini greenhouse or indoors, but otherwise you can sow right through to December which is the best time to sow Basil seeds.
The seeds are best planted at soil temperatures between 18°C and 35°C
For something different when not try sowing cinnamon Basil or Lemon Basil or even Holy Basil, that is the true sacred basil that is grown in houses, home gardens and near temples all over India.…
If you have any questions about Basil either for me or Ian, why not email us realworldgardener@gmail.com or write in to 2RRR PO Box 644 Gladesville NSW 1675

Cucumbers or Cucumis sativus..
Cucumbers just love the hot weather, so they’ll germinate and grow quickly at this time of the year.
Cucumbers are a member of the gourd or cucurbit family and have been grown for 4000 years!
Did cucumber start off in India?
No-one’s really sure.
Who Ate Cucumbers Throughout History?
Some pretty famous people have been known to be fans of cucumbers, even cucumber pickles.
And where can you grow these delicious cucumbers?

You need to pick a sunny, well-drained spot, because Cucumbers are a subtropical plant, that needs full sun.
Cucumbers also want a decent amount of growing space in your garden. If you’re short on space, try growing them up vertically on a trellis or even on some netting, perhaps a tomato trellis?
In fact, growing up a trellis would be a great way to avoid all the mildews and moulds that cucumbers are prone to in still humid weather.
There’s also a number of dwarf varieties if you’d like to grow your cucumbers in pots.
The best thing is that Cucumbers aren’t picky about soils. 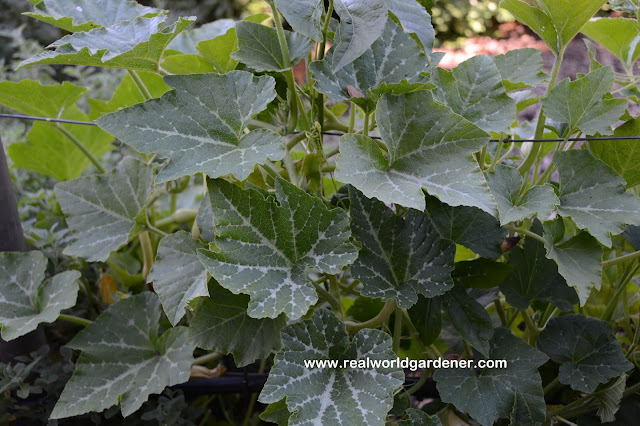 However, do you find your Cucumber seeds sometimes don’t germinate?
They’re big seeds but if you’re raising them in punnets and the seed raising mix dries out, then the seed most like has dried up as well;
What is Powdery Mildew?
Don’t forget to feed your cucumber plants every couple of weeks with a soluble plant food.
There’s so many now on the market, an some come with seaweed added into them as well.

Who out there hasn’t tried a cucumber that’s tasted bitter?

Cucumber Flowers
Just like zucchinis, cucumbers have separate male and female flowers.
Male flowers come out at first, but don’t worry too much because the female flowers will arrive soon after.
Cucumbers should be ready at about 50-60 days and picking fruit often stimulates more to start growing.
When to Pick?
Some of you probably have realised that if you pick your cucumbers when they’re quite small, this is when they’re at their sweetest.
Twist the cucumbers off the plant or cut the stalk just above the cucumber tip.
They keep for 7-10 days in the fridge then the start to look like something that came from outer space…green and slimy
Why are they good for you?
Cucumbers have lots of Vitamins C but why you should eat them is because the silica in cucumber is an essential component of healthy connective tissue, you know, like muscles, tendons, ligaments, cartilage, and bone.
Cucumbers have some dietary fibre and Cucumber juice is often recommended as a source of silica to improve the complexion and health of the skin, plus cucumber's high water content makes it naturally hydrating—a must for glowing skin.
AND THAT WAS OUR VEGETABLE HERO SEGMENT FOR TODAY

Poinsettia: Euphorbia pulcherrima
Poinsettia plant’s leaves were used by the Aztecs to make red dye and the plants’ milky white sap was also used to treat fevers.
Great for festive decorations and considered a must have at certain times of the year.
The bloke that this plant was named after also founded the Smithsonian Institute in America.
Let’s find out.. 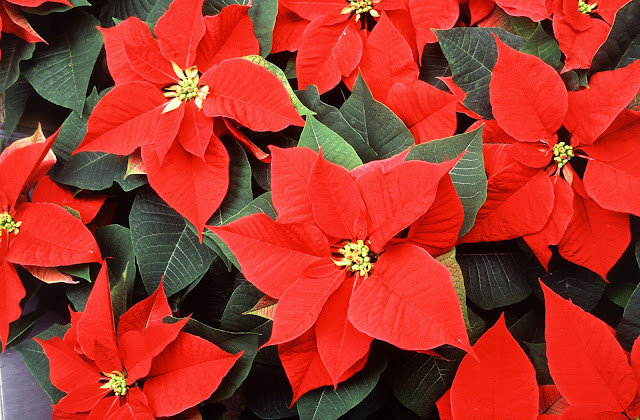 Unless you've purchased a "Princettia" Poinsettia which is a genuine dwarf cultivar, the others will grow much taller if planted out.
The species Poinsettia, will grow to over 3 metres tall in the garden.
Those that are sold at Christmas time have been sprayed with a dwarfing compound.
Did you know that also that the American Congress honoured Joel Poinsett by declaring December 12th as National Poinsettia Day which commemorates the date of his death in 1851.
Poinsettias can be grown south of Brisbane right down to Coff's Harbour, and north of Brisbane they will grow as far as the land extends, although they can be difficult to grow in frost prone areas west of the coast.
They can also be grown in warm parts of South Australia and in Western Australia's coastal regions, particularly in the north.
If you have any questions about growing Poinsettias, why not write in to realworldgardener@gmail.com

Which Fence Style For Your Home?
What type of fence have you got and does it need replacing?
Paling fences seem to be de rigour, but there’s no need to settle for that because you’ll be looking at it for a long time.
What are the things you should consider though before deciding on a fence?
Let’s find out.
I'm talking with Lesley Simpson garden designer. 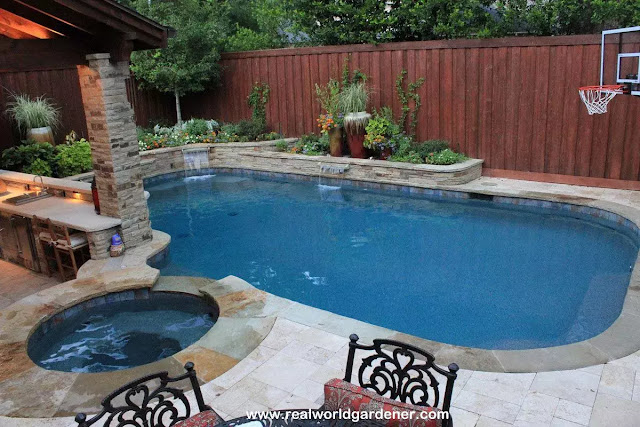 Just goes to show that you don’t have to be limited with the type of fence that you can have for your garden?
If you’re stuck with a grey looking paling fence, you can always zhoosh it up with some bamboo screening.
Posted by Real World Gardener at 06:00