How to amend your soil or potting mix with something you burn in the Good Earth segment; Possibly a super food to grow in Vegetable Heroes. Continuing the series, dig, it, plant it, grow it, in design elements native shrub that’s silvery and tough in Plant of the Week

Woodash and Charcoal for the garden

Winter time is when woodfires are burning in homes for warmth in all but tropical areas around the country.
Or perhaps you’ve been barbecuing or smoking some produce for the dinner table, and have some woodash? 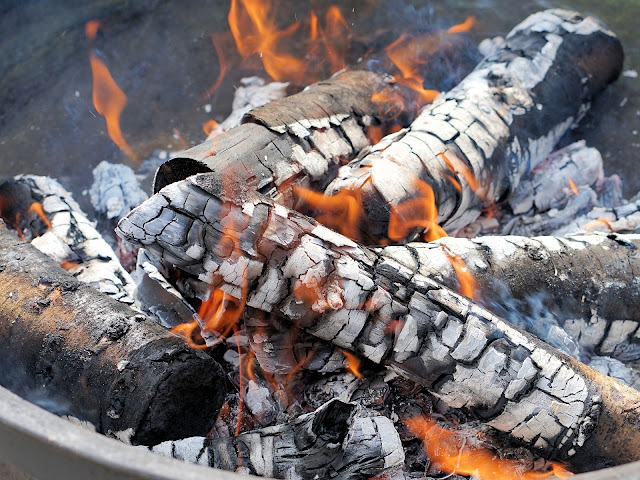 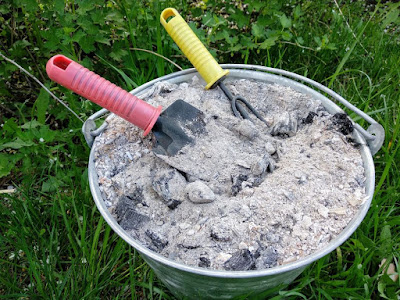 It turns out the woodash and charcoal are great amendments for your soil in the garden.
Charcoal are the black bits left over when the fire has died down. Essentially, it's the wood that hasn't been fully combusted.
Woodash is alkaline, so it’s great for those plants, such as from the onion family but not for Azaleas, Camellias, Rhododendrons and other acid loving plants.
Charcoal, on the other hand, is great for increasing the water holding capacity of your soil, and potting mix, plus it’s a home for microbes and fungi.

Margaret suggests making a liquid slurry of the woodash before adding only a small amount.

If you have any questions for me or for Margaret, email us at rea.worldgardener@gmail.com.

Or you can write in to 2RRR PO Box 644, Gladesville NSW

Kale:Brassica oleracea variety acephala,
Did you know that Kale is the ancestor to cabbage, broccoli, cauliflower, Brussels sprouts, and mustard and yes in the Brassica family?
This attractive edible originated in Asia Minor and the eastern Mediterranean region, where it’s


I’ve seen this veggie grown in gardens in the cooler months but are people actually eating it?


There are two types of Kale that you can grow in the garden.


The second type of Kale and the one I’m concentrating on today is a green leafy plant that is great added to or substituted for cabbage.


When To Plant Kale
Kale is easy to grow and a fast grower as well taking only 7-9 weeks from seed sowing until harvesting.
Kale likes soil temperatures of between 8°C and 30°C., full sun and a pH of between 7.0 and 7.5, so a sweet or alkaline soil.
If the soil is too acidic, add lime.
If the soil isn’t already rich, dig in compost or well-rotted manure.
How To Grow It
Sow Kale seeds direct into the garden or they don’t mind being transplanted so you can start them off in punnets if you like. 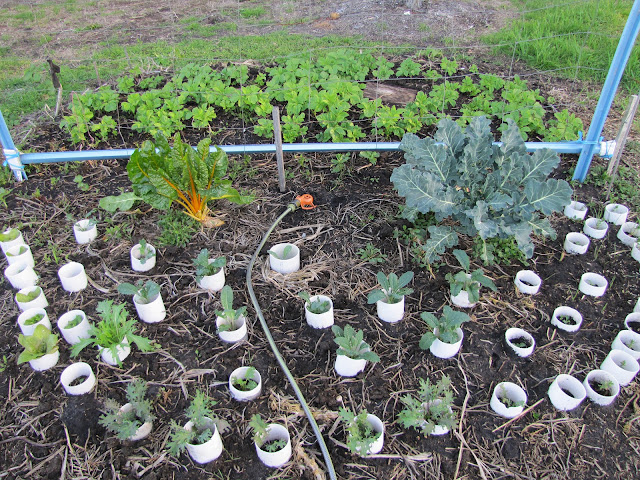 Sow the seeds about  30cm or a ruler’s length apart.
Three or four seeds can be planted together and thinned out at the two-leaf stage.
Look after young plants by watering during dry patches and keep weeded.


Remove yellowing leaves, "earth up" the stems and stake tall varieties if they’re exposed.
Did you know that kale can handle exposed, slightly shady plots.


CURLY KALE GROWING TIPS
If you’re growing the curly Kale you need to cut the first set of leaves .
That’s because Kale is a perennial crop and for it to grow new and bigger leaves when it reaches maturity, you need to harvest the leaves from the bottom.
If you pick the leaves this way, it will continue to grow bigger and curlier leaves.
If you pick from the top, the Kale will be stunted.
The second set of leaves will come out curly as in the packet.
So What Do You Do With Kale?


Try these varieties-
Lacinato an Heirloom dating back prior to 1800 in Italy.
Also known as 'Black Cabbage', 'Tuscany' or 'Cavalero de Nero'., this old, rustic Italian variety is ready in 55 days( around 8 weeks)
Red Russian, is another heirloom originating from Siberia.
This has red frilly, oak-shaped, bitter-free leaves with purple veins.
Another hardy variety and when you cook it the leaves deepen to dark green
There’s also Vates Blue Curled; this is a vigorous plant to 40cm high with heavily curled, blue-green leaves.


This one withstands really cold weather and the leaves won’t yellow from frost or heat.
You can also get traditional purple leafed curly kale.
This one works well in a container, as well as in the border.
Purple leafed kales like ‘Redbor’ or ‘Red Russian’ look great in flower beds  as do green-leafed forms.


Why is it good for you?
Kale is actually near the top of the list in terms of nutritional value, Kale has heaps of antioxidants such as beta-carotene, large amounts of vitamins A, C and E, and heavy doses of calcium, potassium and Kale is particularly rich in iron.
Cook as you would cook cabbage - stewed, boiled, braised, blanched -but remember that kale takes a little longer to soften.
Hint:Tuscan kale is traditionally used in minestrone.
But you don’t have to munch on the plant to gain benefit from it:
THAT WAS OUR VEGETABLE HERO SEGMENT FOR TODAY

Grow It part 1
A new series called ‘dig, plant, grow’ & today and it’s all about grow it pt. 1.
The biggest issue for new gardeners, is “how much, and how often do I water?”
Almost like asking how long is a piece of string?
This and other vexing questions are answered.
Let’s find out what needs doing.
I'm talking with Glenice Buck of Glenice Buck Designs.
www.glenicebuckdesigns.com.au
PLAY:Grow It Part 1_24th July 2019


Not so much digging now, other than weeding but looking after your plant because, after all, it’s not plastic.
Watering, fertilising and looking out for pest and disease issues are all part of gardening.
For all the latest news - Follow Glenice on Facebook or Instagram
Facebook : www.facebook/glenicebuckdesigns
Instagram: Glenice_Buck_Designs
Or Subscribe to my monthly Garden Greetings Newsletter: www.tinyletter.com/glenicebuckdesigns

Albany Woolly Bush : Adenanthos sericeus
Are you a fan of Western Australian plants?
They grow so many wildflowers, banksias, and Eucalypts with huge inflorescences or inflo’s as those in the now like to call them.
But how do they do in other parts of Australia, particularly if they’re grey and fluffy and have been used mostly as a Christmas tree? 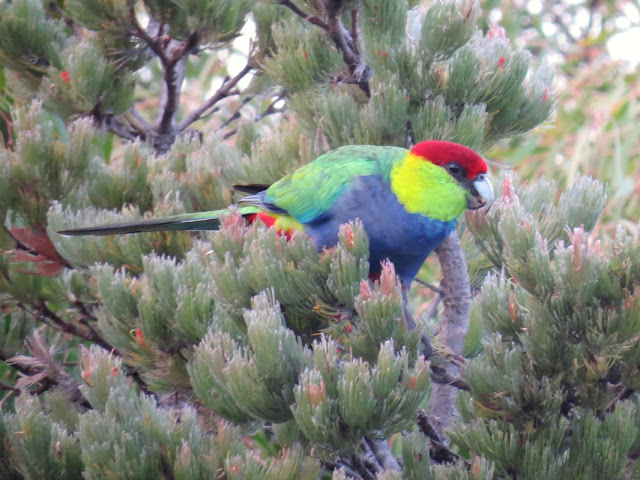 The greyness and upright growth of the Albany woolly bush makes it look sort of snow covered making it the perfect choice if you want a real Australian Christmas tree.