Seat Yourself Under A Tamarind or Rainforest Tree

There’s more than one tamarind that you can use in cooking in the spice it up segment with herb and spice expert, Ian Hemphill ; grow these earthy wonders in Vegetable Heroes. A keystone species that originates in the rainforests of the tropics in plant of the week and get your garden seating sorted in design elements.

Tamarindus indica: Tamarind
You've probably heard of tamarind, but can you describe what it is, exactly?

A bean... maybe? A spice... or something?
Spices and herbs aren’t always used in the way you would think.
For example, this next spice you soak then throw away the spice and use the water.
Sounds strange but what’s even more strange, is that even though it has a sour note, you can make lollies out of it.
Let’s find out more.
I'm talking with Ian Hemphill from www.herbies.com.au

The tamarind tree, Tamarindus indica is perhaps not for suburban backyards because of it’s massive height. 18 - 20 m.
Ian recalls driving through a part of India where the Tamarind trees lined the road for over 30km! 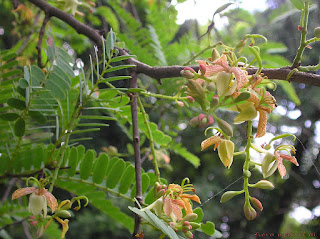 Tamarind pods look like pods from the Australian Black Bean tree. (Castanospermum australe.)
Inside the pods is a sticky mass of pulp with seeds and fibre.
Be careful though when purchasing Tamarind for use in cooking because there are 3 types.
Fun Fact:Ever heard of chef Yotam Ottolenghi -- pretty much the "it" chef for all things vegetarian.
Ottolenghi uses tamarind paste in everything; it's one of his "secret" ingredients.
If that's not reason enough to get to know tamarind, we don't know what is.
Just get the dried pulp to use in cooking but be wary of using tamarind paste for Indian dishes.
If you have any questions for me or for Ian, email us at realworldgardener@gmail.com.
Or you can write in to 2RRR PO Box 644, Gladesville NSW 1675

TURNIPS
BOTANICAL NAME: Turnips or Brassica rapa
It’s funny that some vegetables have received a bad rap through no real reason other than not looking all that appealing.
One thinks of Turnips as some bland vegetable that’s used to flavour soups and stews.
But you wouldn’t eat it as a stand alone veggie or would you?
Swedes, Parsnips maybe, but not the regular or even mini turnip.
Why are Turnips Good to Grow Again?

You’ll be glad to know that the large woody turnips of old have mainly been replaced with smaller mainly white varieties that are delicious grated raw into a salad or as a side dish, leaving the swedes to take over in the stew department!
Turnips can be harvested when mature or when they’re still quite small, cooked or eaten raw and the young tops can be used like spring greens.
Not only that, they’re quick to mature and easy to grow.
What does the Turnip look like?
Just in case you’re mixing up turnips and Swedes and Parsnips, the turnip is round, sits in the ground with just the top exposed to the light as it grows, and is actually the swelling at the base of the stem of the plant.
The Turnips that I’m going to talk about have mainly a white flesh and skin with a rosette of green feathery leaves that can also be eaten.
How do they grow?
Turnips can grow in full sun and partial shade, but like a well-drained soil.
Whatever you do when you plant turnips, don’t let them dry out.
When to plant your turnips?
Well I’m afraid it’s a bit of a mixed bag around Australia, so here goes.
From September until May in temperate districts and also cool temperate districts.
From August until May in sub-tropical areas.
For arid areas, you’ll have to wait until February then you have until August and Tropical areas, have even less of a chance, only between April and June.
Before you sow your turnip seeds, give the veggie bed some chook poo-about a handful per square metre.
Sow the turnip seeds no more than 6mm deep.
It’ll be a bit tricky to get the right distance apart so keep thinning them out until they’re about 15cm apart.
If you thin them before 8 weeks, both the root and leaves are good to eat at this stage.
The leafy tops of these early pickings are great in salads.
Even though you’re getting an early start on your turnips, if you have some unseasonal warm weather, look after them by not letting them dry out, otherwise they’ll be small and woody.
Mulching with sugar cane, pea straw or something like that will help with keeping the soil moist.
Turnips take about 2-3 months to grow, so add a handful of chicken manure every 4 weeks.
You can pull them out when they’re the size of a golf ball when they’re at their sweetest, or wait until they’re the size of a tennis ball.
There are quite a few new varieties out there so why not try
Turnip White Mini-Tender round white roots, stores well. Crisp, beautiful well shaped rounds, ideal for the turnip lover. Harvest in only 7 weeks. 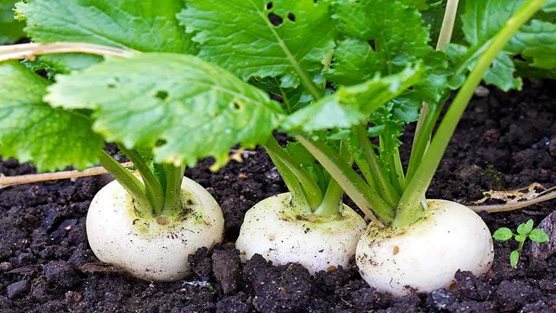 Turnip ‘Snowball’ is a very popular first-class, globe variety with solid white flesh and a juicy, sweet, mild flavour. Snowball’s an heirloom turnip that was introduced before 1885.
Snowball is best harvested when no larger than a tennis ball and can also be enjoyed when much smaller. Snowball takes between 5-8 weeks to be ready.
Turnip 'Golden Globe'  Also known locally as 'Butter Turnips' locally. Were introduced before 1888, this a heritage turnip with a beautiful golden skin, amber yellow flesh and delicate flavour. Stores well.
Why are the good for you?
Turnip roots are high in dietary fibre, vitamin C and B6, folate, calcium, potassium, and copper.
The greens are an excellent source of vitamins A and C, as well as a good source of calcium, iron, and riboflavin
THAT WAS OUR VEGETABLE HERO SEGMENT FOR TODAY! 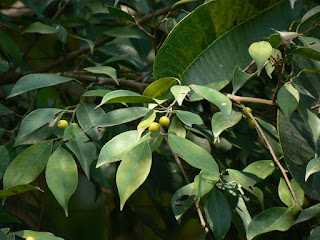 Weeping Fig: Ficus benjamina.
Some plants are vital to many layers in tropical rainforests and some Old World trees(stranglers, such as the weeping fig (F. benjamina)), develop aerial roots from their branches and send them straight down through the air.

Garden Seating Sorted
What’s the last word in garden seating for you?
Perhaps you can’t be bothered with garden benches, tables and chairs and an old milk crate or just perching on a step will do. 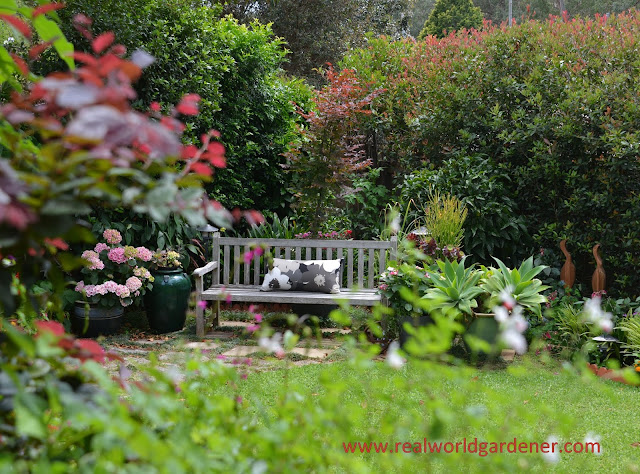 Or you’ve got the good ole’ cast iron table and 2 chair setting which is terribly cold on the bottom, not to mention hard.
Things have moved on considerably in the last thirty of forty years though.
Let’s find out what’s Peter’s last word in garden seating.
I'm talking with Peter Nixon, principle of Paradisus Garden Design

Seating and lighting go together so rather than the awful floodlight stuck on the side of the garage, why not think about 12V lighting to compliment night time seating with your friends and family?
Posted by Real World Gardener at 06:00