We’re focusing on fungal diseases that lurk in the veggie patch in Plant Doctor, are there solutions for deterring possums in vegetable heroes, a new series on garden styles in Design Elements and today is what makes the Federation style and what is Hypericum in the Talking Flower segment.

Fungal Problems of Cucurbits: Cucumbers, Zucchini, Squash, Pumpkin, Watermelons and Rockmelons.
You might think that it’s only hot and humid weather that brings out this particular fungus to the fore.
But no, not only is this fungal problem not host specific, but it can blight your plants, both edible and ornamental during a wide temperature range.
Why is that? You might ask.
Let’s find out
I'm talking with Steve Falcioni from www.ecoorganicgarden.com.au

Powdery mildew is the main fungal disease affecting cucurbits. It looks like a white coating over the leaves and stems of the plants.

Powdery mildew has an effective temperature range of 10 – 30 C and can attack just about everything in the vegetable garden as well as your annual flowers or perennials such as Dahlias. 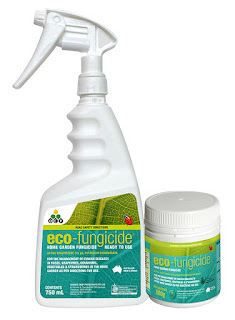 Preventative spraying is best if you have it year after year especially as spores can germinate in some districts all year round.
There’s plenty of preventative treatments, some homemade, others commercial.
The best solution is Potassium bi-carbonate which is sold as eco-fungicide.
Under a microscope, potassium bi-carbonate affectively kills off the fungus in 5 minutes.
If you have any questions either for me or for Steve, drop us a line to realworldgardener@gmail.com or write in to 2RRR PO Box 644 Gladesville NSW 1675

This weeks it’s “Is that a possum eating my plants?”
I thought this segment could be about what people thought worked in their garden to deter possums.
Are you plagued with larger critters making a meal out of your vegetable garden, roses, ornamental shrubs, the list is endless?

Colleen says “ The most effective thing I did find was mothballs, I made up little bags out of netting and put five in each then pinned them everywhere.”

Gardens don’t even have to be big because courtyards aren’t immune either, especially if you’re growing strawberry plants, and other delicious veggies.
Some suggest decoy plants, and then there’s the ultimate netted off area.
One listener writes,

I know snail vines grow crazy, but I don’t know if possums like them. Not Really
My husband wouldn’t allow wisteria, we have had a really bad experience with one in the past.
I am located around Moruya south coast NSW, we can get a few pretty harsh frosts in winter, had a couple of -3 this year but I could plant in a fairly protected area also.
Banksia roses are a good suggestion here.
Plastic Rings
The best suggestion was to instead have big plastic rings/“tubes” around the legs on the pergola and the vine verticals so they can’t climb up.
It’s the only thing that has allowed some leaves to grow on the vine.
Has to be incredibly tight though.
If there's a little gap  would squeeze through. 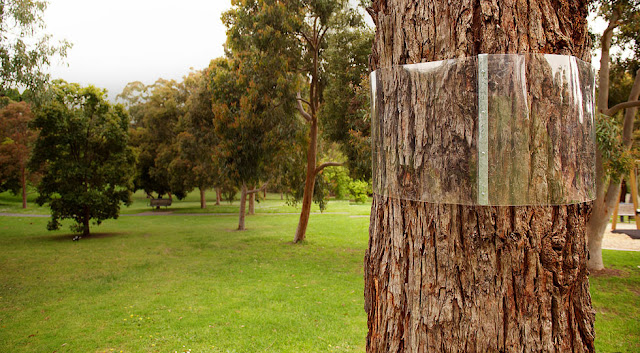 Royal Botanic Gardens Sydney use this method to protect their trees that resident possums like to eat the leaves of.


Denise says she leaves a plate of food out for them. She buys buy cheap fruit an vegs for my lot and a slice of stale biscuits and bread, , they love it and leave my plants alone, they love watermelon but not rockmelon.

She goes on to say “i have 7 coming and going ,never have they eaten any of my plants, they know where i put food out, i never had them not eat what i put out only the rockmelon.
You would think one would out of 7, and some are 3rd generation coming ,
We have possum boxes out also in trees,


They eat my bird seed, chook food and cat food dry if i forget it out on balcony.
Denise always leaves water out also, the ringtails eat the berries on lilly pilly but she hardly sees them they are so quiet.


Charge each solar panel up as directed first before turning on to the combination setting (7 sequences include 'waves, slow-go, chasing/flashing. slow fade, twinkle flash, and steady on')
Great hisses of disapproval from our possum terrorists for a few nights and since, nothing !!
A good 12 weeks later and my roses are growing again and climbers have started to recover.
We tied the lights along the top rails of a fenced off garden designed first to just keep out the wallabies. (Little did we know then about the possums!)
We had landscapers cut 3 terraces into our very steep block at the rear, connected by wide steps.
If fence tops are not applicable to you, solar lights could be strung across tops of stakes, or just through the affected areas of your garden.
Our garden has 100's of roses, and includes an orchard, vegetable and edibles. All are now thriving !
We use LYTWORX LED 8 function solar lights. Rectangular box. Order them in if they are out? Bunnings was our source.

DESIGN ELEMENTS
Federation Style Gardens.
Federation architecture is the architectural style in Australia that was mostly seen from around 1890 to 1915.
Most listeners would know that the name refers to the Federation of Australia on 1 January 1901, when the Australian colonies collectively became the Commonwealth of Australia. 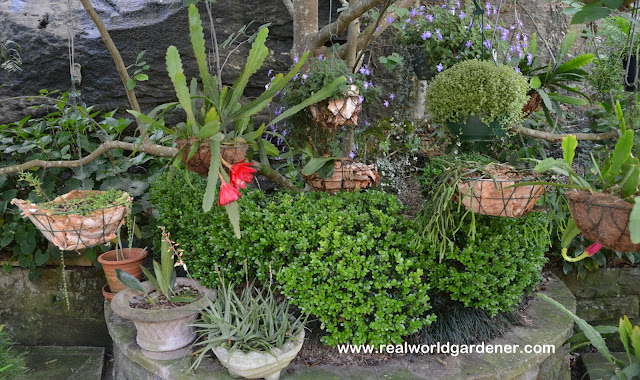 Gardens used to be much bigger than they are today and during the evolution of the Federation garden, there were probably more plants available to buy than there are today.
Let’s find out what this style has to offer.
I'm talking with Danielle Collier from Artistic Horticulture.

Federation architecture embraced Australiana themes and of course the verandah.
Features might include stylised images of the waratah, flannel flower or Queensland Firewheel tree.
Popular Federation Garden plants were:

In the garden also there was a change from evergreen to deciduous trees such as jacaranda, flowering plum and peppercorn.
If you have any questions either for me Danielle why not write in to realworldgardener@gmail.com 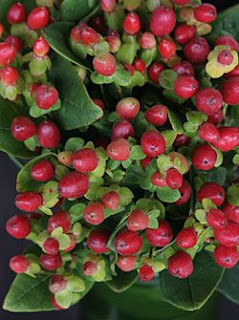 Hypericum, is derived from a Greek word meaning "over an apparition."
Did you know that the Anglo-Saxon word "wort" means "medicinal herb." ?

This flower is often associated with cheerfulness and inspiration.
Hypericum may also be given to those starting new paths in their life.