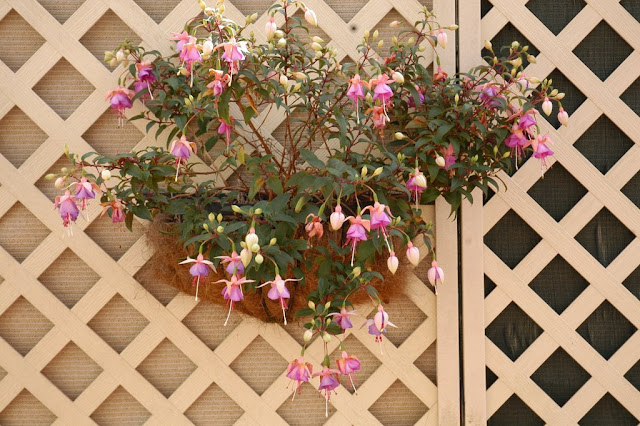 with Landscape Designer, Louise McDaid
Feature Plants in Pots
How is the potted garden makeover going? Have you decided to do away with some of the pots, perhaps even re-potted others. Well in the last of the series on the potted garden, Louise and I are looking at what makes a feature plant suitable for the potted garden? Listen here for more...


Posted by Real World Gardener at 18:21 No comments:

Give A Fig About Birds While Eating Asparagus

There are a number of fruits that are only seeded by being eaten by these and other fruit eating birds, being geminated when they are passed through their digestive system and then excreted onto the ground in a fertilized pool of droppings.
If you want to attract Figbirds to your garden you need to plant native fruit bearing trees and shrubs .(such as Persoonia, Quandong and other rainforest trees) and encourage your neighbours and council to do the same.

Sue mentions that the nest of the Figbird is quite flimsy and information from Wires in the Northern Rivers Area says that the young chicks are often blown out of their nest in the strong spring winds,which is how they end up in the care of Wires.  Let's hear more.....

Asparagus or Asparagus officinalis from the Liliaceae or lily Family.
Once thought to be an aphrodisiac probably because of the shape more than anything else. Reference to Asparagus was found in an  16th century Arabian love making manual.
What is Asparagus exactly? The plant consists of a crown that is actually an underground stem from which asparagus spears shoots.
The roots are called rhizomes (pronounced rye-zomes). The spears, which are tender and succulent to eat, are slightly glossy, about 18-25cm long and 1.5-2cm wide, with many small, bumpy, triangular scales (called bracts) concentrated in the top quarter of the stem.
Well you might be thinking were can I buy Asparagus to grow? In fact, do I buy seed, or tubers or what?
I’m here to tell you all that. You can in fact buy Asparagus seed, including Purple Asparagus seed from online companies such as www.greenharvest.com.au
But now’s the time to buy something called Asparagus Crowns, and you can buy these from some supermarkets. I saw some this week in a supermarket, they were the Mary Washington variety.
How to grow:
In temperate and sub-tropical districts, plant Asparagus crowns from August right through to November.
In cool temperate zones, you have from September until November, and unfortunately for arid zones, you had June, July, and will now have to wait until January.
This is one of the plants that don’t really belong in a vegetable patch, because the crowns last for many years, like rhubarb crowns, and need to be left in the one spot.
Normally, your veggie patch gets a makeover every 6 months or so, -not that good for the crowns of these plants.
So find a sunny spot in the garden where you don’t mind some veggies growing there year after year.
Preferably with soil that’s been given some Dolomite and heaps and heaps of compost and complete plant food.
Plant you Asparagus crowns in furrows about 20 cm deep and 30 cm apart.
Place the crowns onto a small mound in the centre of the furrow, so that the roots point down , spread the roots out carefully. Backfill with compost to a depth of 7.5 cm.
Fill in the trench gradually as they  growth.
Doesn’t sound too hard does it?
In spring Asparagus will grow long and thinnish with soft ferny leaves.  Don’t cut any spears in the first Spring, because this is when the crowns are developing.
During Autumn and Winter the tops will go yellow and brown off, cut off the old tops about 7.5 cm from the soil surface.
Apply a generous dressing of compost and well-rotted manure to feed the bed for its spring flush of growth.
Then top with a thick hay mulch.
The next Spring light cutting of spears can be done for the first month of the growing season, with normal cutting taking place each following year until late December. 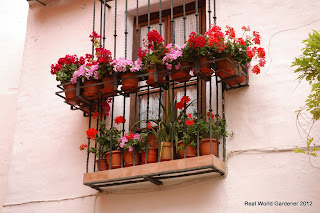 The potted garden is great for all types of reasons, but there are some pitfalls that make the overall look messy, top-heavy and just downright awful?
Here’s some tips to get you on your way for potting up your potted garden.


Podcast Powered By Podbean
After listening to the podcast, go out into your garden and decide which plants in pots need re-potting or just moving out of their pots altogether and into the garden.

Make a list of what you would like to see and over the coming weeks, see if you can meet the target of renewing some, most or even all of your pot plants.

Plant of the Week: with Horticulturalist Sabina Fielding_Smith 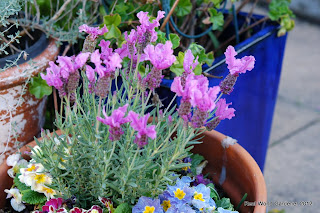 Lavandula spp. or Lavender. Lavender belongs to the Lamiaceae family.
Lamiaceae  mostly have aromatic leaves and square stems quadrangular with simple, opposite or occasionally whorled leaves.
Lavenders originate from the Mediterranean and prefer wam, dry conditions.Clay soil and humid conditions are a challenge for growing lavender.
Raised beds and pots work very well for a lot of new Lavender varieties.
Recommended that lavenders should be given annual feeds of Calcium and Magnesium.  Calcium is best applied in the form of lime which usually contains a small amount of magnesium. However dolomite lime has a higher level of magnesium which gives better results).
IMPORTANT: Pruning a lavender bush to the point where it has no foliage will most likely kill it. You can try pruning in spring,  by cutting  back by 1/3 to stimulate new growth. After new foliage has grown in, cut back by 1/3 again to stimulate new growth at base of the plant. If new growth does come, prune back to just above the new growth.
Never prune out old wood unless it is completely dead.
Generally prune French Lavenders in summer and L. angustifolia in Autumn.
If you’ve got a hedge of Lavender, prune the sides in spring, leaving the top to flower, then again in Autumn.
Most of the varieties sold in nurseries now are hybrids of L. Stoechas. Examples are L. ‘Avonview, L. ‘Bee Series.’ Great as ornamental plants in the garden, but not for cooking, or dried flowers.
L. multifida-is naturally low growing-no need to prune. They maintain their bush and compact habit.
L terratheca are ferny leaved lavenders like L.’Sidonie.’
When picking lavender flowers here’s the best tip you will get.
For flowers of L. angustifolia and L. intermedia, put the stems into a vase or jar, but no water. These will dry naturally and last for ages.
For flowers of L. dentata (French Lavender), put these immediately into water otherwise they will wilt.
Other lavenders or best left for show in the garden-most have too much camphor in the flowers.
Posted by Real World Gardener at 17:25 No comments:

with Ian Hemphill from www.herbies.com.au

The name Allspice is because the flavour makes you think that you’re tasting nutmeg, cinnamon and cloves. Did you know that the fruit and leaf oil are also used in men’s toiletries? Ever heard of “Old Spice, I used to buy that for my father for his birthday when I was going to school. Any men’s fragrance that contains the word ‘Spice’ apparently has some allspice oil in it.
You can buy this tree online from a Fruit Tree nursery in NSW that has just about every exotic tree around. Just remember it’s not drought or frost tolerant. They will also send you a mail order catalog for free if you ring or write to them www.daleysfruit.com.au
I’ll put the link to the nursery on my website. By Phone:  (02) 9034 4626
By Fax: (02) 66 322 585 By Mail: P O Box 154, Kyogle NSW 2474
Allspice is mainly grown in Jamaica and for some reason, no-one has be able to successfully grow it much as a plantation crop, anywhere else. That’s a pity because the bark and leaves are very aromatic.
So what is Allspice exactly and why is it so difficult to grow? Let’s find out…

with Louise McDaid from Eden Gardens. 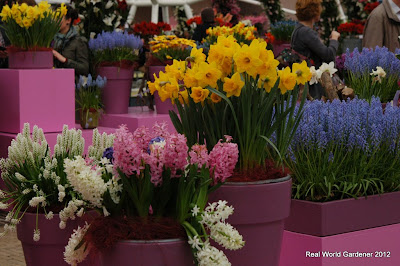 You’ve decided to makeover your potted garden one way or another, now how do you put them together? Grouping the pots differently will give you a different look. Trying adding or subtracting just one or two pots to see if it looks better. Another tip, is to change the plant that’s in the pot altogether and next week the Potted Garden discusses different plants for different pots. You can’t go wrong if you listen into Design Elements’ Potted Garden Series. Find out more.....   Podcast Powered By Podbean

Posted by Real World Gardener at 17:14 No comments:

REAL WORLD GARDENER Wed. 5pm 2RRR 88.5fm Sydney and Across Australia on the Community Radio Network. www.realworldgardener.com
The complete CRN edition of RWG is available on http://www.cpod.org.au/ , just click on 2RRR to find this week’s edition

From a distance you might mistake this bird for a seagull, and wonder what’s a lone gull doing in the open field? But in actual fact you would be looking at a Black-shouldered Kite, in other words an entirely different bird.
Most certainly a farmer’s or even gardener’s friend if you have a garden big enough.
Like all the elanid kites, it is a specialist predator of mice and rats, which it hunts singly or in pairs by hovering in mid-air above open land.
Black-shouldered Kites form monogamous pairs, breeding between August and January. Though reported across Australia, they are most common in the south-east and south-west corners of the country..
Let’s hear more…
Podcast Powered By Podbean

Plant of the Week:Wattles or Acacia spp.

with fellow Horticulturalist, Sabina Fielding-Smith. Wattles have been accused of causing allergies even though they’re an insect pollinated plant. Research shows that pollen of wattles is relatively heavy and is not carried long distances by breezes. The Australasian Society of Clinical Immunology and Allergy (ASCIA) has this to say:"Wattle is frequently blamed for early spring symptoms but allergy tests (skin prick tests) seldom confirm that wattle is the true culprit."There is also no doubt that many allergies attributed to wattles are, more likely, caused by pollen from grasses and other plants that happen to be flowering at the same time. A report relating to Wattles and allergies can be downloaded in full from the Australian Institute of Health and Welfare's web site. http://www.aihw.gov.au/publication-detail/?id=10737420595&tab=2