PLANT OF THE WEEK :

This is a beautiful tree with sculptural leathery leaves that show off a 'bloom' much like you see on some eucalypt leaves.
Leaves are medium sized (12cm) with a drip tip apex and serrated edges.
Starting off as mid to dark green the leaves age to a bright red which contrasts well, being opposite on the colour wheel.
The flowers are also quite a feature resembling clutches of lily of the valley flowers in either pink or cream all over the tree. 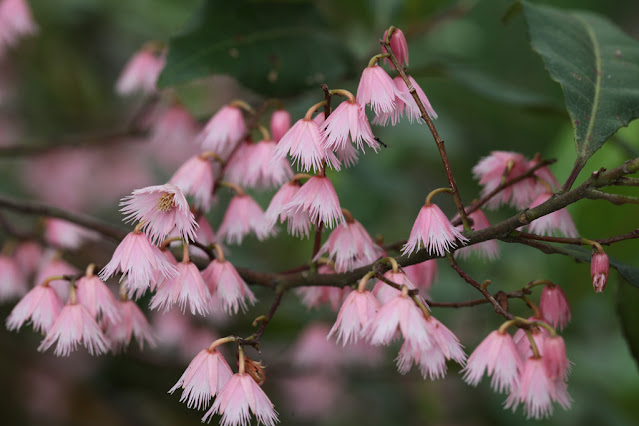 The fruits are small blue berries, hence the common name. The fruits are liked by many birds including currawongs, parrots, cockatoos and native pigeons.
Fruits can persist on the tree until the next flowering.
Although the height can grow to 15m you can keep it to as small a height as you would like even 2-3m if preferred.
I'm talking with Adrian O'Malley, native plant expert. 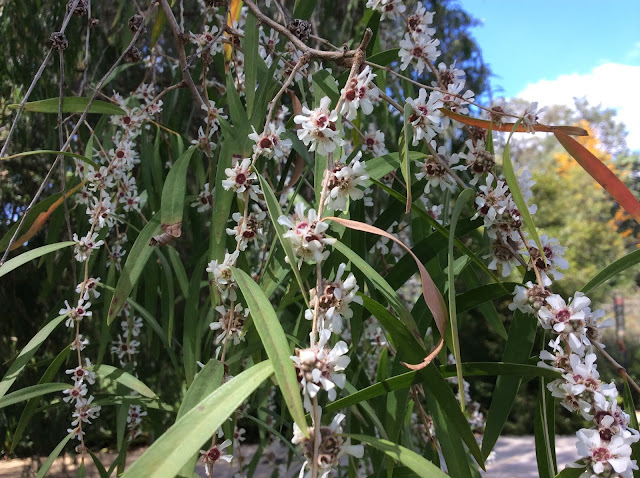 Common Name: Willow Myrtle/ Peppermint Willow (pictured)
Family: Myrtaceae
Etymology: derived from the Greek word agonos, translated as "without angles," in reference to the drooping branches of some species
flexuous means "bending" or "curvy," referring to the way the branches arch gracefully.
Another fairly spectacular tree when in flower which although small, there are heaps of them.
Origins: Native to Western Australia
Height: to 10 metres
Flowering: Late spring-branches are covered in fragrant tiny white flowers.
There are various cultivars available such as Agonis 'After Dark" (pictured) and Agonis 'Jervis Bay, Agonis 'variegata' and Agonis 'Burgundy.'
Also there is a dwarf form Agonis "Nana.'
The burgundy or dark foliage is a superb contrast to all that green you may have in the garden.
Soil preference is sandy to medium soil, but not clay soils.
This one's not frost tolerant.
Adrian says you would grow it for the attractive foliage and attracting furrowed bark.
I'm talking with native plant expert Adrian O'Malley 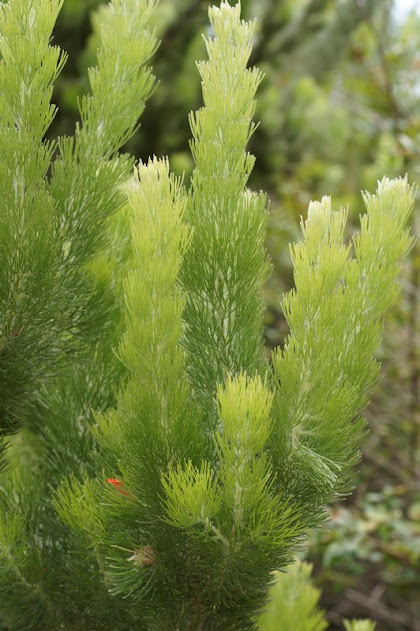 Scientific Name:Adenanthos sericeus
Common Name: Albany Woolly Bush
Family: Proteaceae
Etymology: latin sericeus ("silky"), in reference to the very soft foliage. Common name-after a town where it grows indigenously 4.5hrs drive south of Busselton
Height: species grows to 5 metres tall but numerous cultivars are much smaller.
Flowers: insignificant but do appear late winter to early spring.
Many people either grow it themselves or buy an Albany Woolly Bush around Christmas time because it really suits this idea because the. grey-green leaves give it a colour that almost ‘hints’ at being snow covered.
Cultivars:
Adenanthos 'Silver Lining' a groundcover 40cm in height with 1.5m spread
Adenanthos 'Platinum' 1.5m height
Adenanthos 'Silver Streak' grows to 2m
One of the best Christmas trees yet because of the soft furry foliage that you just can't help touching it. 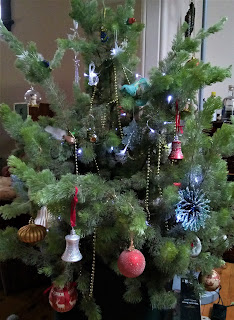 Scientific Name: Bickinghamia celsissima
Common Name: Ivory Curl Tree
Family: Proteaceae
Etymology:Buckinghamia....after Richard Grenville, Duke of Buckingham.
celsissima....from Latin celsus, high or lofty, a reference to the habit of the plant in the wild.
Origins: Rainforests of Queensland.
Height: grows to 30 m in natural environment, but 7-8 metres in the home garden. Often used as a street tree.
Flowering: Summer to late Autumn, depending on the location, when the entire crown can be almost entirely covered with spectacular and large (30cm )  racemes of pendant white to cream sweetly perfumed flowers. Often covered in bees happily taking in the nectar and pollen. 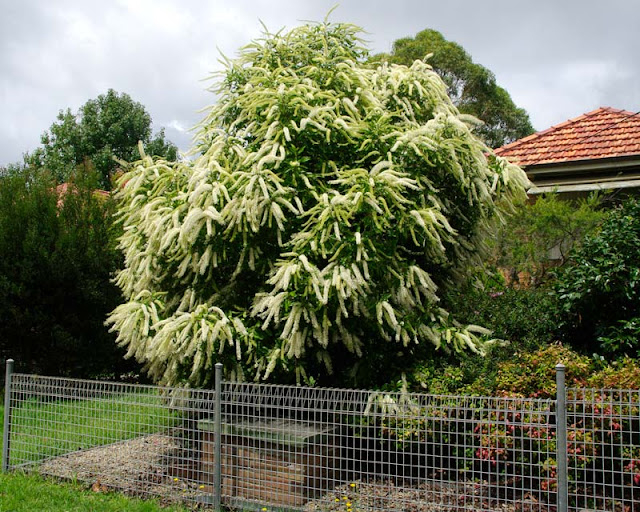