Garden trimming tools in the spotlight on Tool Time, growing beans that suit winter conditions in vegetable heroes, they may be old fashioned but we love them in Plant of the week and the oldest flowers on earth in Talking Flowers. 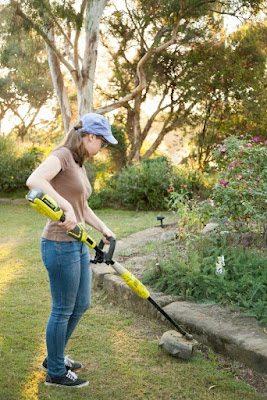 
If you're annoyed with the whipper snipper cord constantly breaking why not change to a pivot head.
This can be fitted onto most whipper snippers or brush cutters.
The pivot action is 360 degrees and as it hits a bit of concrete or post or tree trunk, it just bounces off, so that there's less wear and tear on the line and less breakage.
If you have any questions either for me or for Tony, drop us a line to realworldgardener@gmail.com or write in to 2RRR PO Box 644 Gladesville NSW 1675

Broad beans are one of the easiest vegetables to grow in your veggie patch.
Vicia faba or BROAD BEANS or some people know it as the Faba bean.
Broad beans are native to North Africa and southwest Asia, but they were cultivated in other regions very early on as well.
Fossil evidence has been found of Broad Beans being grown at least 4500 BC.
Did you know that in the Roman Senate the beans were used to vote, white bean for yes and black bean for no? Maybe that’s where the term bean counters comes from?


For a long while, when cooks and mistresses went to the markets for beans, they were buying only broad beans because they were “ ‘the bean’, for century after century”.
Only after “scarlet runners, haricot, kidney and butter beans” turned up, did “they become known as broad beans.
Although broad beans are from the Fabaceae family, they look different and grow differently to their bean cousins.
What Do They Look Like?


Plant them in March to June in temperate and sub-tropical areas, April to July in arid areas, , and April and May, then August and September for cool temperate zones in Australia.
Broad beans prefer a sunny well-drained position in the garden.
Broad beans can be grown in soils with high salinity, as well as in clay soil, so they're pretty adaptable.
As far as soil in the veggie bed goes, don’t put in too much of the chook poo or other  rich manure as you'll only get leaf growth rather than flower (and bean) production and will make the plant more sensitive to frost and disease.
Direct planting into roughly prepared soil is the best way to grow Broad Beans.
Sow the seeds at a depth of 5-10cm, with 15-20cm between plants and 70cm or 2 ruler lengths between rows.
That's if you've got the room, but there's a reason for this..
I'll tell you later.
Your broad beans will start sprouting in about 2 weeks after sowing, but will be slower the later you sow towards winter.
Soaking seeds overnight in diluted liquid seaweed can speed up germination.
Water seeds well as soon as you've put them into the ground and, then, don't water them…MOST IMPORTANT   until after germination, to prevent the seeds from rotting. Ok, YOU CAN'T DO MUCH ABOUT IT IF IT RAINS.
Broad beans will need to be staked or supported to stop the plant collapsing under the weight of the mature beans.
If your district experiences a bit of frost, flowers formed during frosty weather are probably not going to set pods.
Once spring arrives, pinch out the tips of the plants to encourage pod set.
Try to limit water stress as this will also affect pod set.
That means don't let them dry out!
In  3-5 months, depending on how cold the weather is, the beans will be ready.
Broad bean pods can be picked at several stages.
Firstly, they can be picked when small and can be snapped crisply in half.
In which case you can eat them like young green beans.
Secondly, if allowed to grow larger but the seeds are still soft, you don’t have to shell the bean seeds, but don’t eat the pods at this stage.
Finally, they can be grown until fully mature and the seeds have dried.
In this last case the seeds are used as dried beans and are called Lima Beans.
Broad beans are prone to fungal attack - brown spots on stems and leaves - particularly if planted too closely together or if planted in soils too rich in nutrients.
Towards the end of the crop, rust - producing powdery spots on the leaves - can become a problem.
Plants with black tips may suffer from root rot, caused by poor drainage.
Get rid of those beans and put in a new lot..
Freshly shelled broad beans can be frozen, blanched and then frozen or stored in the fridge for about 5 days. 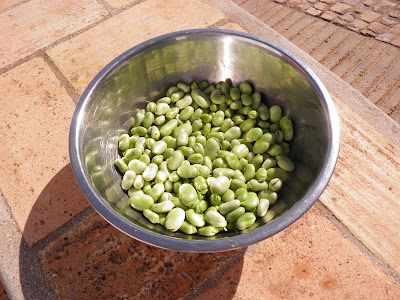 
The fresh beans are eaten steamed or boiled.
As the beans mature it is better to remove their tough outer skins after cooking.
The leafy top shoots of the adult plants can be picked and steamed after flowering.
WHY ARE THEY GOOD FOR YOU?
Beans are high in protein and carbohydrates, rich in vitamin C and are also a good source of vitamins A, B1 and B2. a good source of folate.
Beans also provide potassium and iron in fact 100g of beans has as much iron as a pork chop.
Broad beans are a good source of fibre.  100g green beans have 120 kJ
AND THAT WAS OUR VEGETABLE HERO SEGMENT FOR TODAY!

Hydrangeas have a long history and during the period when plant hunters searched the globe for fame and fortune is when the flowers we know today were brought back from China
Let’s find out what else they have to offer.

The large heads of pink, blue or white flowers are very attractive as a cut flower also.


Jeremy's tip: Cut back to a few centimetres above the ground to rejuvenate old and young plants alike.
Marianne's Tip: . The pink or blue flowers depend on the soil pH in which they grow.
pH of 5.0 to 5.5 for blue flowers; pH of 6.0 to 6.5 for pink flowers.
If you want to change colour of your hydrangea flowers, do it in winter by applying either aluminium sulphate for blue flowers or several cups of garden lime around the plant for pink flowers.

Prefers full sun, well-drained soils.
Tolerates frost (-4 C)and extended dry periods once established.
Mercedes Tips: Cut stems at an angle and change the water daily. Use only filtered water and plenty of it as they are waterholics.

Marianne's Tips: Not suitable for areas with severe frosts or for sub-tropical and tropical zones.