Are you of the opinion that all pine trees have pine cones and needle like leaves?
Most gardeners associate pine trees with Christmas because after all, that’s a conifer. Right?
Wrong?

Before the continents separated, there was a lot of rainforest over the earth and there was no need for trees or any plants to adapt to dry periods.
Needle like leaves are for conserving moisture after all.
So what did conifers look like millions of years ago?
So let’s find out.
I'm talking with Adrian O”Malley, horticulturist and native plant expert.


The plum pine has been around for 250 million years back when the world was a big rainforest with plenty of rainfall.
No need for needle leaves to conserve water back then, but instead large leaves, and they do not have cones like the other conifers but instead have a single seed attached by a fleshy stem to the branch.
The purple fruit have a sort of plum like flavour and can be used for making sauces, jams and relishes.
You would need to consider planting two or three of these trees together to ensure you get any fruit at all.
Adrian had a plant in a pot, which does quite well with root pruning every few years. In the ground the tree will grow to 12 metres in its natural habitat, but a lot less in your backyard garden.

If you have any questions either for me or for Adrian, why not write in to realworldgardener@gmail.com

Brussel Sprouts are a member of the Brassicaceae family which also includes, cabbage, broccoli, kale and kohlrabi.


Before we go any further, you may not be surprised to know that Brussel sprouts are one of the most hated veggies in the UK and US.
So why call a veggie Brussel sprouts?
Maybe because it was sold in Brussels' markets in the 1200's, or, maybe Brussels sprouts were named after the capital of Belgium where some say that’s where they were first grown.
Brussel sprouts are also one of the few vegetables to have started off in the northern Europe.
You probably know what a Brussels sprouts looks like - miniature heads of cabbage-about 2.5 to 4 cm. to be precise. 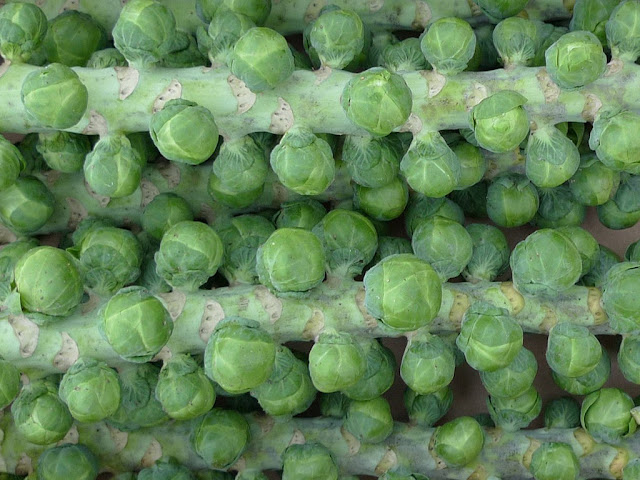 They taste a bit like cabbage, but slightly milder in flavour and denser in texture.

If you want to grow them well, there’s a few tips that you need to know about.

When to Sow;
For temperate districts, February until May, for arid areas until the end of June, for cool temperate zones, until the end of April and for sub-tropical areas, April seems to the month for you.
To grow sprouts, sow the seeds into seed trays or direct into the garden, or you can buy seedlings from a garden centre, organic markets and so on.
It’s cheaper of course to start from seedlings 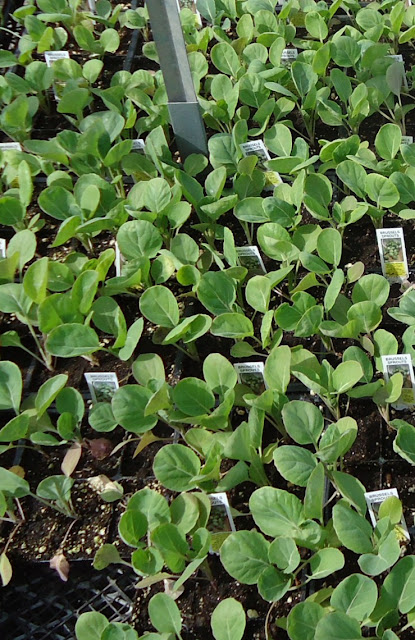 The seedlings are ready to transplant when they’re 10cm high.
Did you know that you can get early and late cropping varieties?
TIP: Sow early varieties outdoors in early March, transplanting in early May.
This will give a crop of brussels sprouts during September or October.
If you sow late varieties outdoors in April and transplant in June, you’ll have
brussels sprouts between December and March.
You can plant out your brussels sprouts either in full sun or partial shade, in fact  partial shade is a bit better in warmer districts.
Water plants the day before you aim to transplant them into that well-firmed bed that you prepared.

After you have transplanted your seedlings, firm the soil around each plant with your hands or the dibber.


Tip#3: a better reason to start your seeds off in punnets is that when you transplant your seedlings from pots or seed beds, this encourages a stronger root system to be established in their permanent bed.
Spacing is important-make it about 45 cm. Quite a distance but you can fill it with lettuce, endive and other quick growing crops.
Water the young plants in dry weather but unless you have a prolonged dry spell the mature plants shouldn’t need watering. 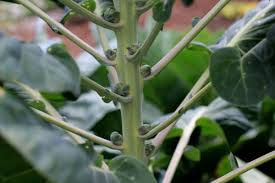 Should hordes of pests come a calling, you name it,  Mealybugs, aphids, caterpillars and other grubs, use Derris Dust or a liquid concentrate containing Spinosad or Neem oil. 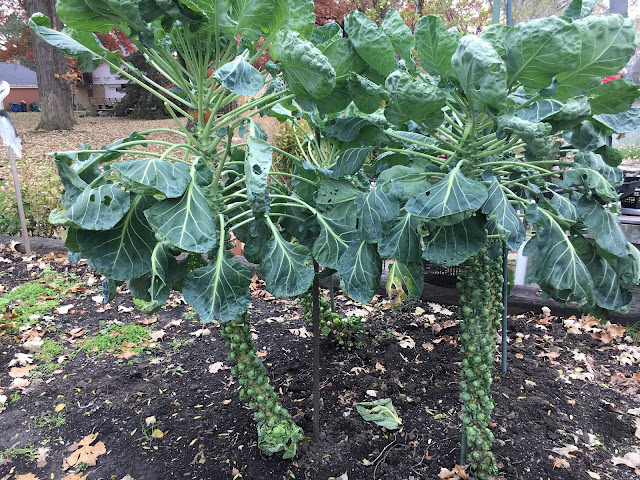 When to harvest
When the brussels start looking like they’re ready you don’t have to pick them all at once because, the plant holds the mature buttons for many weeks without opening.
To eat Brussel Sprouts, you don`t want those ` sprouts that have had all their colour and crispness boiled out of them.
Try dicing or grating your brussel sprouts raw and serve them up in a salad - go on, be brave!
Most importantly: Don’t overcook your Brussel sprouts; Overcooking Brussels sprouts produces a sulphur-like smell, which is usually what turns people off
Why are they good for you?
Brussels sprouts pack in 4 grams of protein per cup which is high for a veggie,
That same cup will give you 4 grams of fibre  but only 56 calories— “
Brussels sprouts can also provide you with some special cholesterol-lowering benefits if you use a steaming method when cooking them.
Brussels are also a good source of vitamins A and C, iron, and potassium .
One 80-gram serving of these healthy veggies delivers four times more vitamin C than an orange.
And finally, Brussel Sprouts should be kept cool at all times and eaten before the leaves discolour or they develop a strong smell.
One last anecdote:
If you ever ate Brussels sprouts at home, there's a good chance you cut little crosses cut into the bottom of each one.
Most people assume it is done to speed up cooking, but they would be wrong. The real reason we cut crosses into our sprouts is because of a medieval superstition.
It was once believed that leafy vegetables such as sprouts and cabbages were the hiding places of tiny demons, and eating them would expose you to their evil influence unless you exorcised them with the sign of the cross before cooking—and that's actually not a surprising conclusion if you consider the evil odours Brussels sprouts sometimes inspire. From www.grunge.com
Posted by Real World Gardener at 15:31