Unusual Trees for Your Garden
Do you have fruit or nut trees growing in your garden?
Picking fresh fruits from your own tree, is a different experience altogether to buying the same produce from a shop.
However, not everyone has the space for an orchard, and growing fruits in a small space may seem like a daunting task.
With the right selection of fruits for small spaces, though, you can enjoy picking fruits off the tree in your own backyard.


Margaret mentioned Moringa olifeira or drumstick tree, horseradish tree or just miracle tree, is best in subtropical  dry, hot areas. Think arid regions, and you have the right environment. All parts of the tree are edible not just for us but as fodder for animals as well.
Jabuticaba or Brazilian grape tree is in the Myrtaceae family, along qith the allspice tree (Pimenta doica) and eucalypts.
The way the fruits grow is known as "cauliflory," in other words they grow up the trunk and branches of the tree.
If you can grow Jacaranda you grow this tree.
Acer saccharum or sugar maple for cooler districts.
If you want to know more or if you have any questions about these unusual trees, why not email realworldgardener@gmail.com or write in to 2RRR P.O. Box 644 Gladesville NSW 1675.

Herbs for the Autumn Garden and Oregano
Not sure what herbs can be planted out in the autumn garden?
This list includes, Tropical, sub-tropical, temperate, arid and cool temperate districts.
Oregano, Origanum vulgare or Origanum marjoram. for the botanists among you.
Origanum Marjoram is the common oregano used for cooking.
Origanum Vulgare is the wild oregano used for making oil.
Now that’s confusing…isn’t Marjoram a separate herb? Well, yes it is, but apparently has the same Botanical name.
Of course, Oregano was first used by the Greeks.
Oregano is an aromatic herb that belongs to the mint or Lamiaceae family. Oregano is native to Europe, the Mediterranean region and Central Asia and is basically a perennial herb, growing to around 20 to 45 cm high depending on the variety.
Being a Mediterranean plant, grow Oregano in full sun and in well drained soil.
How to Grow 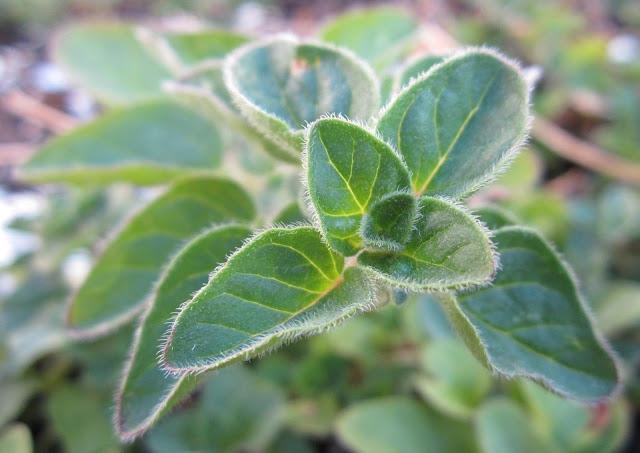 Sow in garden, or start in seed trays. Sow seed at a depth approximately three times the diameter of the seed.
Best planted at soil temperatures between 18°C and 25°C.
Space plants: 15cm
Have you ever found that some types of Oregano seem to self seed into cracks in the pavement, and stone walls, growing in garden steps between sleepers and never need to be watered?
If you’re planting this in a garden bed or herb garden, I suggest putting it into a large plastic pot with the bottom cut out.
Otherwise, you’ll find it has taken over the other herbs or flowers.
Having said that, Oregano is very easy to pull out. 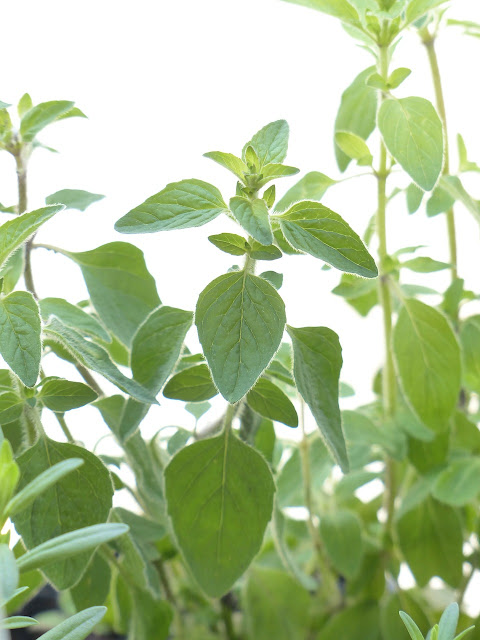 As far as companion planting goes, anything that benefits from having a flea beetle deterrent, like all Hibiscus, plant Oregano next to it. I haven’t tried this one, so if anyone has found this successful, give me a call in the studio.
For best flavour –pick the leaves in the morning just after the dew has lifted.
Easily propagated from root division. It can be hard to germinate from seed which is very fine. That’s done in spring.
Some varieties can only be grown from cuttings.
The best way to look after your clump of Oregano is to cut the stems back to the ground after it flowers, to encourage new growth.
TIP: When’s the best time to pick Oregano for drying?
When the plant reaches the flowering stage –that’s between February and the end of April.
Why not try Origanum Kent Beauty-Origanum rotundifolium x scabrum
This hardy groundcover is smothered in delicate chartreuse coloured hop like bracts during late summer. These bracts overlap to form a beautiful cascading display on top of heart shaped pairs of blue-grey leaves on trailing stems.
Culinary hints - cooking and eating Oregano
It’s a well known fact that oregano is used a lot in Turkish, Italian, Greek, Spanish and Dominican cuisine.
Mostly it's the leaves which are used for cooking.
HOT TIP: The dried leaves of oregano is much more aromatic and flavourful than fresh leaves. Now there’s a surprise.
Pizza is what most of us associate this herb with.
When it comes to flavour, oregano works in tandem with hot and spicy food.
Used to flavour tomato dishes, soups, sauces and Greek dishes like Moussaka and even a couple of pinches added to Greek salad is marvellous.
Why Are They Good For You?
The two important compounds that are responsible for the many health benefits of oregano are carvacrol and thymol.
Studies have shown that both of these compounds can inhibit the growth of bacteria, virus and fungi which is the main causes of many illnesses.. Oregano is also high in iron, manganese, fibre and vitamin C

AND THAT WAS OUR VEGETABLE HERO SEGMENT
Posted by Real World Gardener at 18:38