During winter our favourite foods are those slow cooked casseroles, but you may not have realised that curries, are in fact a form of slow cooked casserole.
The main difference is that they’re usually got a lot more spices in them and they aren’t necessarily spicey hot. 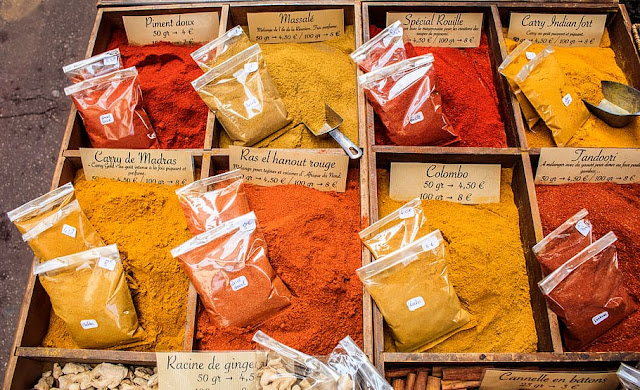 Ian says " a lot of people forget that in effect, a curry is a casserole with a distinct number and type of spices."
If you think about it, that's perfectly true, because curries tend to have cheaper cuts of meat that need simmering for a couple of hours, just as you would a casserole.
But because curries hail from countries where the spice trade was high in importance, those countries cuisine, reflect  the spices that they produced.
I'm talking with herb and spice guru, Ian Hemphill from www.herbies.com.au
Let’s find out..

Ian’s tip is “You can actually start to make a curry by making a sweet spice blend.” Curries need not always be hot as in bitey hot
If they smell mild, add more, such as coriander, up to 1 tablespoon, and cummin, about 2 teaspoons.
The trick is balance of flavours. One thing is to not overdo the cloves, pepper and chilli.
If you have any for Ian about spices or herbs or have information to share, drop us a line to realworldgardener@gmail.com or write

Well it’s just a bit of a technical difference to confuse us poor gardeners.
Cilantro refers to the leaves of the plant and coriander refers to the seeds. 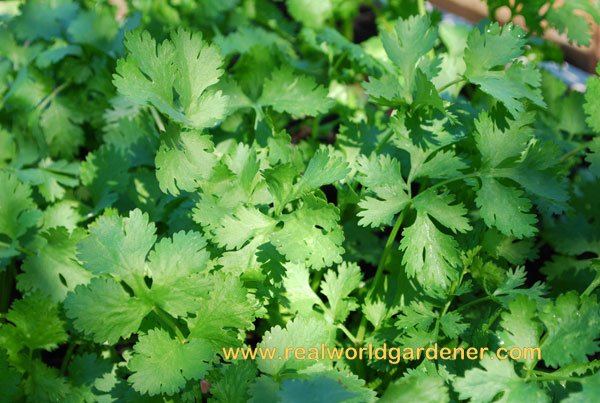 In Australia we call the leaves and the seeds coriander and some people even call it Chinese parsley.
People either hate it or love Coriander because it does have a pungent citrus flavour to the leaves.

A Bit of History
Coriander has been grown for over 3,000 years.
Did you know that about half a litre of coriander seeds were found in the tomb of Tutankhamen?
Because this plant doesn’t grow wild in Egypt, this suggests that coriander was grown in the gardens of ancient Egyptians.
The Chinese once believed it gave you immortality and in the Middle ages it was used as part of a love potions. 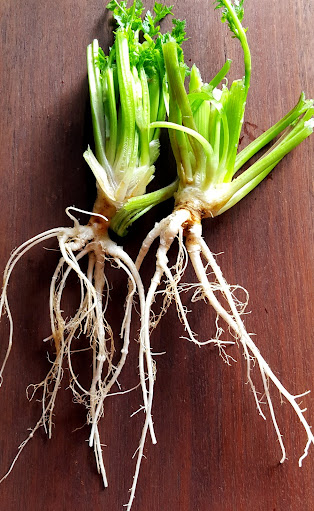 So why should we grow Coriander.
Heaps of Coriander seeds are used in curries, tagines and many other Asian dishes.

In fact the whole herb, including the roots can be ground up to make Green Curry paste.

I just mash it up in a food processor when I make that paste.

TO GROW IT FROM SEED..

For sub-tropical and arid zones, you have August to September;
Temperate districts, sow the seeds from September until the end of November,
Cool temperate zones, October to November, 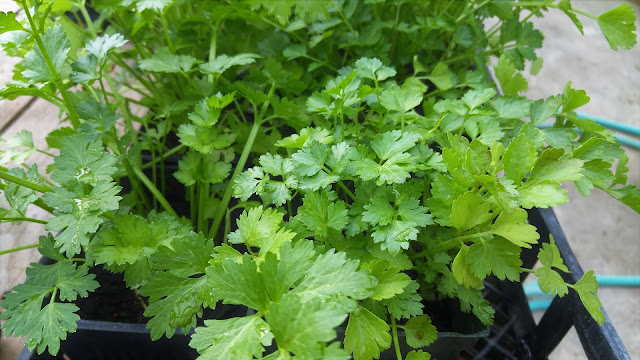 Big Tip: Grasshoppers don’t like coriander, so plant it around the spinach to stop the grasshoppers eating holes in the leaves.

Leave a few plants to go to seed, yes, on purpose so you have a continuous supply.
Not only that, it’s a good idea to leave in a few plants that have gone to flower because the Coriander flowers are an important food source for beneficial insects, especially little parasitic wasps and predatory flies. 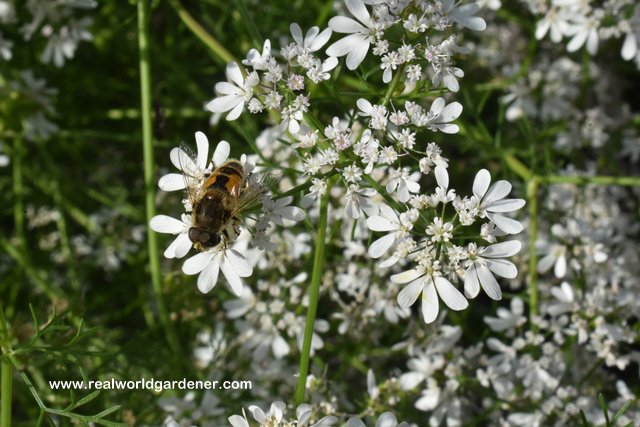 Keep watering and feeding your coriander plants well, and wait for the flower to develop and set seeds.
In hot weather this may take as little as 4 - 6 weeks from when you first put the seed in the ground.

Storing Coriander or Cilantro
Fresh cilantro (coriander) should be stored in the refrigerator in a zip pouch or wrapped in a slightly damp paper towel. Use as early as possible since it loses flavour and nutrients quickly if kept for longer periods.
Harvesting coriander seed :
Just wait till the flower heads are dry. And now you should have enough coriander seed to cook with and still plenty left to throw around your garden next year!
It may look a bit untidy, but it's only for a short few weeks. 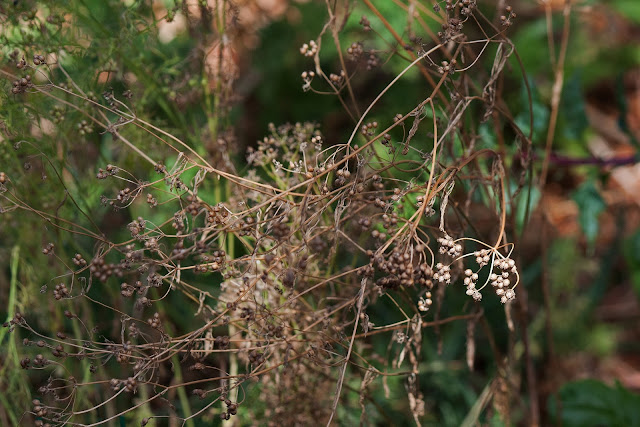 Why Is It Good For You?
Coriander contains no cholesterol; but is rich in anti-oxidants and dietary fibre which help reduce LDL or "bad cholesterol" while increasing HDL or "good cholesterol" levels.
The herb is a good source of minerals like potassium, calcium, manganese, iron, and magnesium.
It’s also rich in many vital vitamins like folic-acid, riboflavin, niacin, vitamin- A, beta carotene, vitamin-C that are essential for optimum health. Coriander leaves provides 30% of daily recommended levels of vitamin-C.
Coriander is one of the richest herbal sources for vitamin K

THAT WAS YOUR VEGETABLE HERO FOR TODAY

Posted by Real World Gardener at 14:15