Edible Gardens part 2
Soil preparation
Vegetable gardens can be any size or shape.
You can plant them out in purpose built raised beds, in pots, old fruit crates or even old corrugated iron tanks. 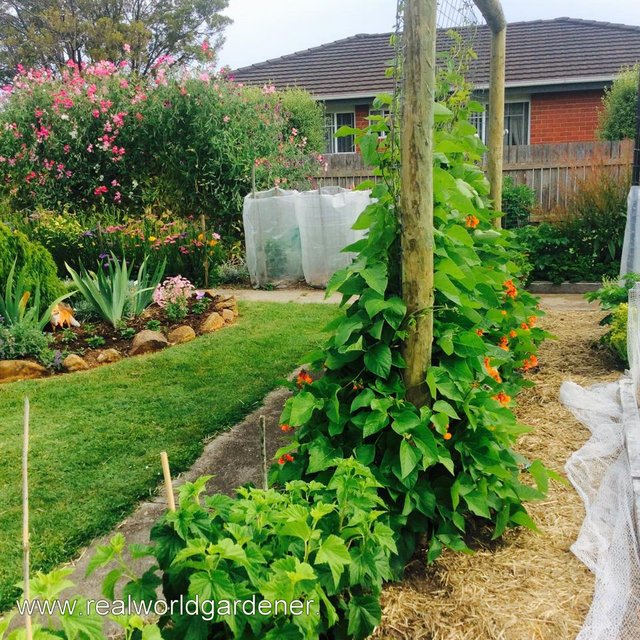 Most veggie gardens need a good friable soil with good water holding capacity.
This is the time to invest in a compost bin and worm farm.
But what else you need to do?
Let’s find out more…
I'm talking with Glenice Buck, landscape designer and consulting arborist.

In any garden for vegetables you need to be able to work the soil to a 200mm depth. 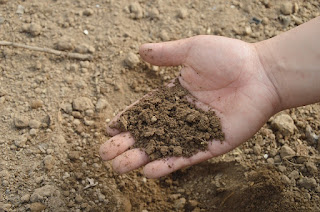 Many root vegetables, such as parsnips and carrots, need this amount of friable soil so their roots can grow straight.
Local councils usually run composting and worm farm workshops, where not only do you learn how to do it, but you can purchase the worm farm and compost bin and greatly reduced prices.
This is a great idea because you're recycling your vegetable scraps into something that you can use for the garden, instead of them going to landfill and contributing to greenhouse emissions.
The worm wee or worm "woo," as Glenice calls it is also very beneficial to your plants.
Simply dilute until it looks like weak tea before applying to your veggies.
If you don't have enough compost to fill that vegetable bed, you can buy in one of the many different brands available, either by the truckload or by the bag.
Don't be in a rush to start planting.
Spend the time to prepare the soil properly, even taking 6 months.
Glenice recommends a bucket of organic fertiliser per square metre. You can use anything from spent mushroom compost, cow manure, to pelletised chook poo.
Vegetables themselves are quite beautiful in their own right, so they would be a lovely addition to other ornamental plants.

If you have any questions of course, why not email realworldgardener@gmail.com or write in to 2RRR P.O. Box 644 Gladesville NSW 1675.

I was asked recently about why perpetual spinach seeds looked more like beetroot seeds?
You might be wondering the same thing at home.
Are you comparing the seeds that came out of the packet with the seeds that you have saved from a previous crop?

The reason I ask is that both spinach and beetroot seeds in seed packets are not just one seed but a clump of seeds
Saying that the perpetual leaf spinach is the same as beetroot seed, is correct because they are very similar.

Perpetual Spinach is not a spinach at all but actually a type of chard with short stems and large leaf blades; therefore each perpetual spinach seed is actually a dried cluster containing multiple individual seeds.


Perpetual Spinach is called that simply because it looks like and tastes similar to real Spinach and so that name has become the norm since white settlement.
The scientific Name is Beta vulgaris subsp. vulgaris. Common Name: Silverbeet 'Perpetual Spinach',
Whereas, true spinach is Spinacia oleracea. 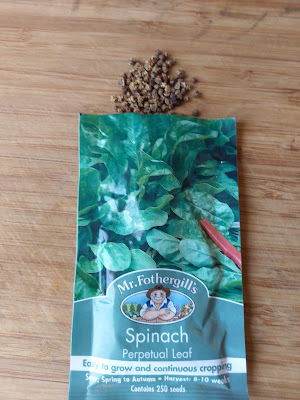 You might be surprised to learn that another name for chard is in fact ‘perpetual spinach.”
So what’s the difference between  Perpeutal Spinach and Chard?


The perfect plant for small but busy gardens
HOW WHEN TO SOW
In all but the coldest districts, you can grow perpetual spinach for most of the year.
The bonus is that Perpetual spinach will continue on through to summer and autumn and possibly even into the following year.


Plant your seedlings/seeds around 7cm apart in rows about 30 apart.
For once a vegetable that grows well in partial to full sun.
Perpetual Spinach likes a moist but not waterlogged soil.
Using a mulch of straw or grass clippings can help to keep moisture and warmth in the soil plus add plenty of compost and the usual organic matter to so that your spinach will grow well.
Having a worm farm or compost bin really does help your veggie bed no end!
Perpetual Spinach doesn't like acidic soils, a good pH is around 6.3 -6.8.
Add lime to the soil if you need to a few weeks before you put the seeds in. 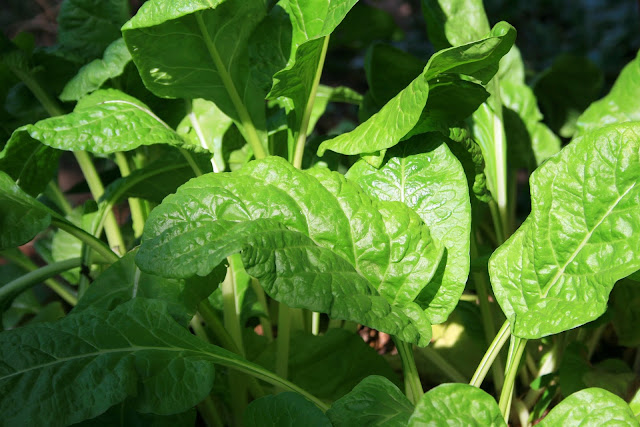 During the cooler months of winter, organic matter doesn’t break down that much and to get the needed Nitrogen, applying liquid fertilisers such as compost tea or fish emulsion often will be the best way to go


Make sure you wash spinach leaves well - soil is not tasty! 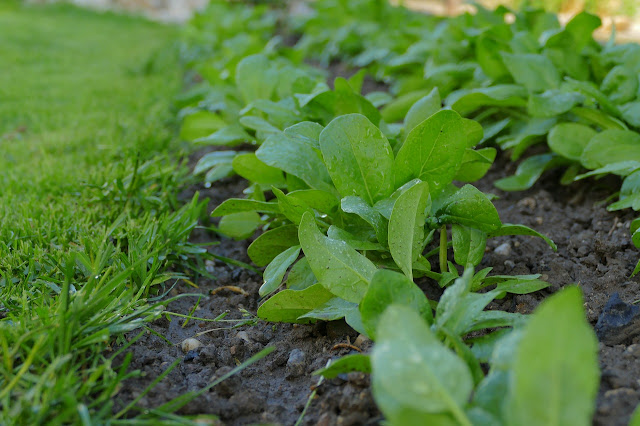 TIP: When you want to store Spinach in the fridge a tip to remember is that Spinach is highly ethylene sensitive.
To stop leaf yellowing don’t refrigerate with apples, or tomatoes.
TIP: Water liberally in dry periods. Unlike true spinach, spinach beet won't bolt when exposed to a full summer sun, but don't let plants flower as this will shorten your cropping season.
Picking off flowerheads encourages the plant to grow leaves, not flowers.
TIP:Possums or even rats may eat the seedlings, so either cover with nets or grow under other plants.
Slugs and snails love young leaves, so set up a slug pub and organise a midnight watch if necessary.
When your spinach leaves look big enough pick the younger leaves because they have a gentler flavour.
Doing this now also encourages further growth.
Even if you can't use the spinach in your own kitchen, keep picking!
Give it away if you have too much, just don't saddle the plant with overgrown leaves as this will inhibit its growth.
TIP: Pick to eat and freeze, washed and dried leaves for cooking.
Don’t worry if you don’t have a veggie plot or it’s full up with other things like onions, broccoli, cabbages and the like because Perpetual spinach's is a great veg for container growing on a sunny ledge: thin and pick as and when required.

A problem you might get in the cooler weather is Down Mildew.
Downy mildew (Blue mold). What is downy mildew- fungal disease, shows up as slightly yellow or chlorotic lesions of irregular shape on the top surface of the leaves and purplish sporulation on the underside.
To prevent it, space plants for good air circulation and, when you water, wet the ground around the plants not the foliage itself

Why should you grow your own Perpetual Spinach? 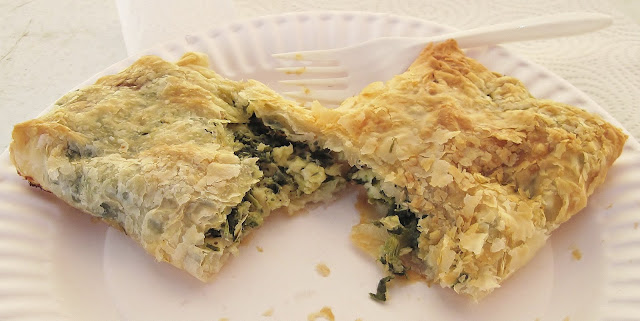 Why is Spinach good for you?
The amount of iron in spinach comes way down the list after vitamins A and C, thiamin, potassium and folic acid (one of the B complex vitamins).
Dark green leafy vegetables, like spinach, contain carotenoids.
If you have any questions about growing spinach or any other vegetable write in or email me.

Posted by Real World Gardener at 13:29