There are some plants that can be forgiven for not doing much for most of the year, then, when they come into flower, they become the star of the garden.
In a way, they behave like a spring or summer bulbs, because they’re practically invisible until they pop out and flower their heads off. 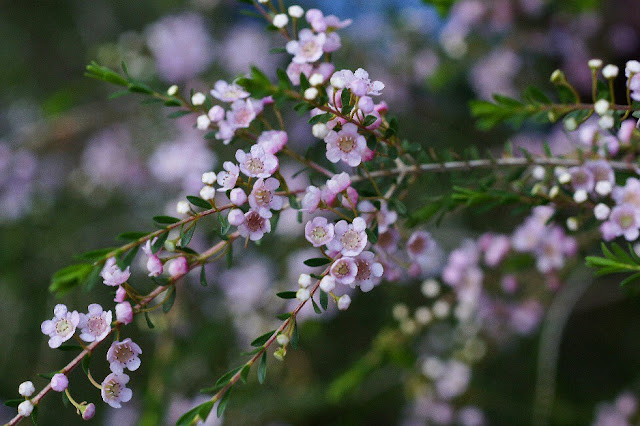 So what is this Thryptomene which I have been alluding to?
Let’s find out more…
I'm talking with Adrian O’Mally, qualified horticulturist and native plant expert.

Rock thryptomene is as close to a common name as you'll get for this plant.
Growth is as for a sub-shrub 0.75 – 1.5m tall by 1 – 1.5 wide.
Thryptomene is evergreen with a slightly weeping habit and  aromatic small leaves are small.
You may find it as a filler in bouquets because the tiny 5-petalled flowers blend well with larger flowers of any kind.
Thryptomene saxicola (pictured below) 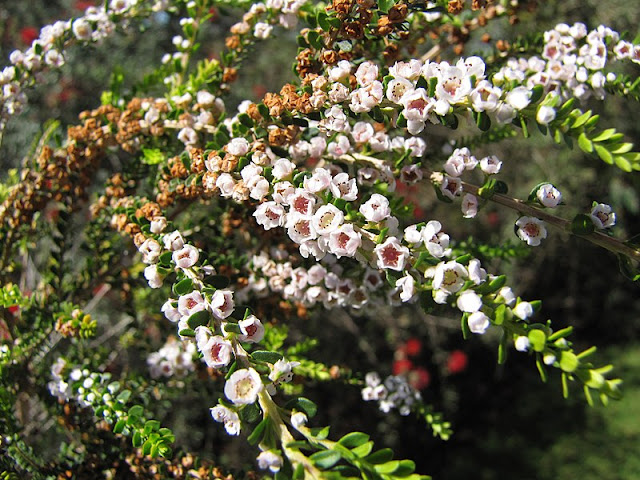 Thryptomene paynei, then newly introduced to New Zealand was "raised by FC Payne of Adelaide".
F.C. Payne was the owner of "The Sanctuary" plant nursery in Ashton, in the Adelaide hills of South Australia who promoted the use of Australian native plants in local gardens.
By 1967 the cultivar had become a "garden favourite" in Australia and was featured in a gardening guide for native plants in The Australian Women's Weekly.
Bird and insect attracting plants always make a lovely addition to your garden.
Look out for the different cultivars of thryptomene in your nursery or big box store this spring, because there won’t be many, and they’ll be snapped up quick smart. If you have any questions about anything gardening, why not email us realworldgardener@gmail.com

PLANT OF THE WEEK 2 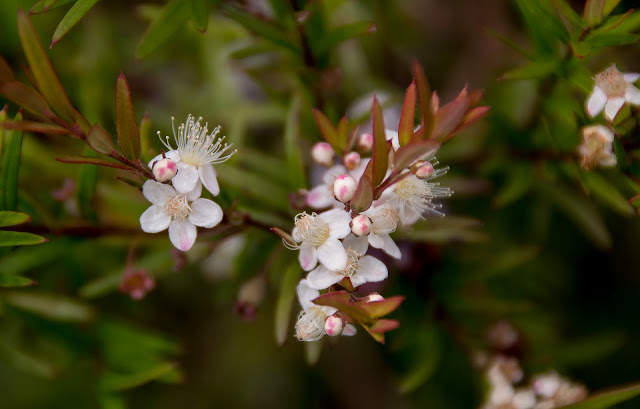 Cultivars: Austromyrtus  'Copper Tops." ( A hybrid between A. dulcis and A. tenuifolia.)
Here’s a shrub that has not only green leaves but berries that you can actually eat.

The white berries have pale purple spots and a reputedly crunchy with a similar taste to blackberries.
I never found that thinking they were more pasty albeit sweet tasting.
The preferred soil is will drained.
Posted by Real World Gardener at 13:53