Brown Thornbill Acanthiza pusillaOften referred to by birders as LBB, this little bird can look similar to a lot of other little birds.
the characteristic shape of Thornbills are short tail, short sharp body , sort of like a ping pong ball.
Often these birds are hard to identify because they’re not a conspicuous bird and are rarely seen on the ground.
But being a rather inquisitive bird it will usually come out if you make squeaking noises.
Let’s find out about how to best identify this LBB.
﻿
I'm talking with Dr Holly Parsons, Manager of Birds in Backyards.

﻿﻿ Brown Thornbills will quite happily visit your garden, the park, or your local nature strip, particularly where there are large patches of remnant vegetation or shrubby creek lines.
Did you know that the Brown Thornbill sticks around its home territory for life? Apparently marked birds known to be 11 years old have been re-captured several times, never having moved more than a few hundred metres from where they were first caught.
If you have any questions about Brown Thornbills or any other bird, drop us a line to realworldgardener@gmail.com or write in to 2RRR PO Box 644 Gladesville NSW 1675

Florence Fennel Foeniculum vulgare dulce and var. azoricum
Did I really mean Florence Fennel?
You might think that I’m trying to get you to grow that roadside weed that is found all over Australia.
No, I’m talking about the culinary fennel.
That other fennel was probably the Fennel  mentioned in the seed  inventory list brought out to Australia by the First Fleet in 1788.
Fennel is a member of the Apiaceae family, which include parsley, caraway, dill, cumin, anise and carrot.
Did you know that in Ancient Greece fennel juice was used as an effective cure for poor eyesight, night blindness and cataract?
In medieval Europe, fennel and St John's wort were used together to ward off evil.
The real fennel Florence fennel Foeniculum vulgare Azoricum Group; 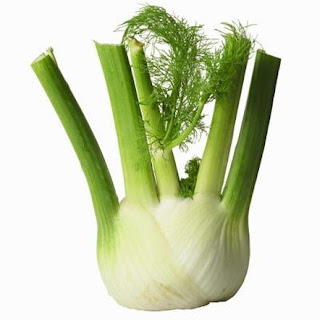 is a cultivar group with a sort of bulb at the base that you can use in cooking, salads and stir fries.
Also the real fennel or Florence Fennel has a much milder anise-like flavour, than wild Fennel and is more aromatic and sweeter.
Where  and When to grow it?
This plant is best in hot, dry climates but will grow in practically all climates of Australia. Knowing when to sow the seeds is the key.
Timing is crucial: if sown too early, cold can cause bolting; if sown too late, plants won't fatten up before the winter
Now is ideal, when the temperature is stable, day length is consistent and there's at least 16 weeks for bulbs to develop.
In sub-tropical areas, you can plant or sow seeds from March until May, in temperate zones, from February until May, in cool temperate zones, you have from February until about mid- March, and for cold or mountain districts, it was February then not again until November/December unless you have a greenhouse.
When to Sow:
For arid areas you have March and April and again in July.
Should you have a soil thermometer, Fennel is best planted at soil temperatures between 10°C and 25°C  and as a general rule of thumb, soil temperatures are around a few degrees cooler than the current air temperature.
Florence Fennel is a perennial that’s rather stocky and really only grows to about 60cm.
It resents disturbance and responds to any shock by bolting: so you’ll only get feathery fronds and flowers, but no swollen stems.
Because the bulb grows only partially below ground, and mostly above ground it suits those districts with heavy soils. Otherwise, you can grow it in a pot-by itself.
What Does Florence Fennel Like?
Florence Fennel isn’t too fussy with soils as long as the veggie bed, or garden bed is well drained as has compost or decayed animal manure dug in, In cool temperate districts cut back the plant to about 10cm above the ground as winter draws nearer.
Fennel likes a well-drained soil, fertile from having been manured the previous year.
When planting your Florence Fennel seeds –sow them about  5mm deep, and unless you’ve got a lot of space, you don’t need more than 2 or 3 because they need spacing of about 30cm.
Never let the soil dry out because water is needed for germination, steady growth and swelling.
If roots become visible or plants seem unsteady, earth them up to stabilise them.
This will help make bulbs white and tender and, later, exclude frost.
After about 6 weeks you can hill out the soil around the emerging bulb so that, like Celery, the base stays white and is more tender than if you allow the sunlight to turn it green.
To Hill or Not to Hill.
Hilling up is just mounding soil or mulch around the base of the plant.
You can make sleeves out of newspapers or use bottomless milk cartons to keep the hilled soil from getting into the leaves of the Fennel plant.
Plants take several months to mature that’s 3-4 months after sowing.
When they look big enough to eat use a garden fork to loosen the roots and cut the bulb off about 2.5cm above the ground.
This way you’ll get more feathery shoots that can be used as celery/dill-flavoured seasoning in the kitchen.
The bulb is best sweet, ripe and fresh (try it raw in salads) but it will also keep for several weeks in a cool, dry place.
You can get root cuttings from plants that have been lifted during spring, so any if you attend a garden club, ask if any members have this plant.
There are plenty of seed suppliers in Australia that have Florence Fennel Seeds.
Why is it good for you?
The fennel bulb is also an excellent source of Vitamin C
Did you know that if you don’t get enough Vitamin C that’s linked to the increase in the incidence of rheumatoid arthritis and osteoarthritis?
Fennel also has folate (Vitamin B), fibre and potassium.
One cup of fennel has 10.8 per cent of the daily fibre intake, 5.9 per cent of the daily folate and 10.3 per cent of the daily potassium.
TIP:An advantage of growing Florence fennel are that it attracts parasitic wasps and very small Praying Mantises.
It’s free of pests and it looks great and the Fennel bulb is delicious baked, too why not try it grated raw in a salad or baked in lasagne.. Definitely worth a try.
AND THAT WAS OUR VEGETABLE HERO SEGMENT FOR TODAY!

Scorch Damage on Plants
This garden series with Garden Designer Peter Nixon, is all about garden challenges thrown at us mostly by nature but also due to a situation in your garden that you might need to fix. 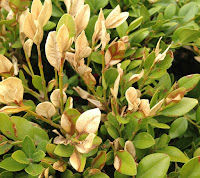 Today’s garden challenge is about scorch damage- that’s the browning of plant tissues, including leaf margins and tips, and yellowing or darkening of veins which may lead to eventual wilting the leaf dropping off.


What can you do? Let’s find out. I'm talking with Peter Nixon Garden Designer. www.peternixon.com.au


﻿﻿﻿
Sunburn on plants sounds a bit far- fetched but that’s what happens and if the air is hot enough, flowers will dry and curl up even if they’re in shade.

Affected plants may sometimes recover through watering and fertilization (if the cause is not over-fertilization).

Light pruning may also help to reduce the water-pumping load on the roots and stems.
Make sure that the watering you do actually gets down into the soil.

If you have any questions about scorch damage in your garden, write in and let us know what happened our email address, or just post it realworldgardener@gmail.com

Figs can be grown in most parts of Australia, as they love a hot, fairly dry climate.
Edible figs grow to around 3m tall and 5m wide but can be larger.
They need a sunny spot because full sun is vital not to mention well-drained soil. 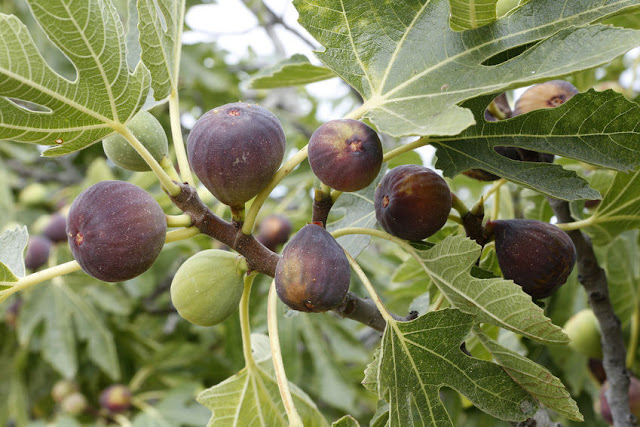 Figs can be planted virtually year-round but, as they are deciduous, so why not wait until in winter, so you can grow your own at that time from a hardwood cutting.
They can also be grown in large containers. Figs are long-lived
Fig trees don't need to be pollinated to develop sweet seedless fruits.
Each species of fig tree has its own specific fig wasps.
Botanical Bite.
Fig fruits are lined with unisexual flowers inside the fruit.
So how do the flowers get pollinated?
We think of figs as fruit but the fig is actually what's scientifically called an infructescence or scion of the tree, known as a false fruit or multiple fruit.
﻿ At one end of the fig fruit is a small hole or orifice (ostiole) which is easy to see.
In the middle of the fruit is a narrow passage, which allows the specialized fig wasp Blastophaga psenes to enter the fruit and pollinate the flower.
Quite often the wasp loses one or both of its wings on its journey inside the fruit.Figs fruit should be picked when they are slightly soft to the touch and smelling sweet.  Although according to some fig connoisseurs, pollination produces a more delicious fig with a superior nutty flavor due to the seeds.
Figs will NOT continue to ripen once they have been removed from the tree, so pick them when you need them and handle them with care as they can bruise easily