Allspice and Cloves but Not With Beans

We start with allspice and cloves, similar but different, how? That’s in the spice it up segment, growing beans in Vegetable Heroes; a new series called ‘so you think you need a landscaper part 2, with Peter Nixon in Design elements and buttons on stalks in plant of the week.

Allspice vs Cloves
How well do you know your spices?
Would you think for instance, that allspice and mixed spice are the same?
Would cloves be a good substitute to save you running to the store, if you ran out?
Let’s find out.  I'm talking with Ian Hemphill from www.herbies.com.au

Even the Spaniards were confused with the allspice berry when they invaded Jamaica, thinking it was a type of pepper.  Probably why the allspice tree is Pimento doica.


The heat of the sun activates the enzyme which turns the berries dark brown.
At night, the berries are heaped into a pile and covered with a tarpaulin.
The next day they are spread out in the sun again.
This process is repeated over three to four days, by the end of which time, a volatile oil develops called eugenol.
It turns out that allspice and basil, also have a lot in common, because both contain the essential oil eugenol.
That means both are perfect partners in tomato dishes.

.If you have any questions, please write in to
Realworldgardener@gmail.com or write in to 2rrr, PO Box 644 Gladesville NSW 1675.

Beans: Phaseolus vulgaris
Do you love your beans?
Did you know that beans have been an important part of the human diet for thousands of years?


So you would think that beans are easy to grow but for whatever reason, some people find them challenging to germinate.


Green beans, either climbing or dwarf, are also called string beans and snap beans.
Dwarf beans are very quick growing and may be sown every three or four weeks from spring to give a succession of pickings throughout summer. They’re handy for filling in any gaps and perfect for tubs and window boxes.


Then there are the beans exclusive to warmer climates including soya beans, lima beans, and the appropriately named yard-long beans!
How To Grow
To grow beans you need up to four months of warm weather.
In subtropical climates beans can be grown almost all year. 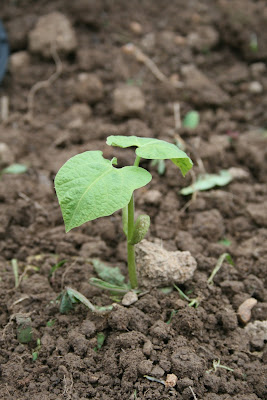 For temperate and arid zones, mid-spring through to late summer are the best times to plant.
In colder districts, beans, don’t like the cold at all and they certainly don’t like frost.
You have until the end of summer, certainly you wouldn’t be expecting any cold snaps now.
Tropical districts, once again, need to wait until the winter months to sow beans.
For those gardeners having trouble getting beans to germinate, beans are best planted at soil temperatures between 16°C and 30°C.
If the temperature is colder , you probably will strike out.
How to Sow and Grow Your Beans


How To Water Your Beans
When growing green beans, keep the soil moist.
A good rule of thumb is to put a finger in the dirt and if the dirt is dry up to the first knuckle, then it needs about an inch of water.
Keep your beans watered and watch for vegetable bugs and green caterpillars


Did you know that if you pick the beans as soon as they’re ready, you’ll get new flowers?
If you neglect your bean plants and let your beans get large and stringy, flowering will slow right down, and you probably won’t get any more beans from your plants.


Beans do poorly in very wet or humid tropical climates because they get bacterial and fungal diseases.
Go easy on the fertiliser or you’ll get lots of leaves and no beans.
When are beans ready pick I hear you ask?
Usually in about 10-12 weeks.

Why are they good for you?

Green Beans are a good source of vitamin C and also contain calcium, magnesium, zinc and Vitamin A. But, the most important nutritional fact for beans is that they provide a major source of soluble fibre, great for lowering cholesterol.
Also is a source of folate .
Some varieties of the dwarf  beans are
Brown Beauty-flat pods
Dwarf Snake Beans-ready in 11 weeks.
Windsor Delight has long pods of about 15cm.
Blue Lake Climbing, long pods again but they’re round this time.
So happy bean growing gardeners!
THAT WAS YOUR VEGETABLE HERO FOR TODAY