We start with the topic of dandelion, it’s a weed but can it help you in Grow Your Health; growing a mushroom plant in Vegetable Heroes; a new series called ‘so you think you need a landscaper part 1’ with Peter Nixon in Design elements and a

Dandelion: Taraxacum officinale
I’ve talked about weeds on this program, not just controlling weeds but eating weeds.
It’s not something that I’ve got my head around yet, but one weed that is being showcased today has been used in herbal medicine and nutrtition for quite a while.
Apparently it’s good for your liver. 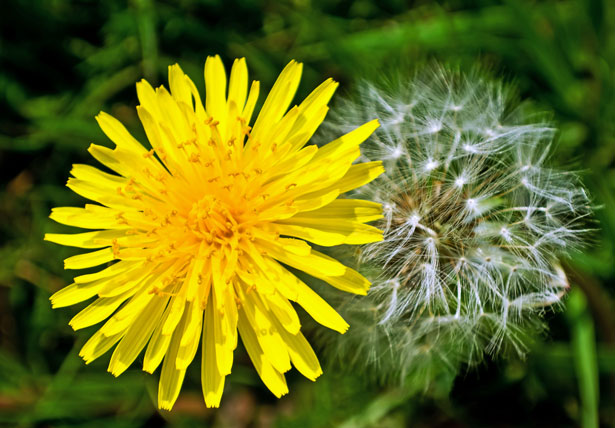 Let’s find out what it is.
I'm talking with Simone Jeffries, naturopath, nutritionist and wellness coach of www.simonejeffriesnaturopath.com.au


The leaf has a serrated edge forming a basal rosette, with a strong taproot.

Dandelion flowers have only ray florets, and no disc florets, therefore no centre.

Milky sap comes from the stem.
It’s good though that dandelion coffee or tea has the same health benefits.
Dandelion leaves are best when young because they become more bitter with age.

Add to a salad, incorporate into a pesto or mix it in with a juice.
The dandelion root is beneficial also, being made into tea or dandelion coffee.
Contains high amounts of iron and calcium.
You can slow bake the root until its brittle, then you can grind it up to make your own tea or coffee.
If you have any questions for me or for Simone please contact us or write in.

RUNGIA KLOSSII
Have you ever heard of a mushroom plant?
I bet you’ve never heard of a it?
Why are these plants in the same family?
For one thing, these plants have sympetalous corollas-that means the petals are fused into a tube and they also have  mostly four stamens (sometimes reduced further to two).
Members of this family that grow in Australia or New Guinea (Australia was part of New Guinea in Gondwana time.) are usually small herbs or shrubs with quite dark green leaves.
Back to the mushroom plant, where do you get it?
The mushroom plant is a perennial-that means it flowers and sets seed over a number of years, growing to about 60cm high.
It comes from the highlands of Papua New Guinea, so it’s a tropical or sub-tropical plant, but seems to grow alright in cooler areas that only get a light frost.
Don’t despair, if you want to try this plant, I’ve been growing mine for years in a pot, and even though there’s not that much frost where I live, it seems to survive quite well.
Except for one time when house-sitters didn’t water it and it looked quite dead.
There are a couple of green stems so I’m hopeful that it will come back.
Where to Plant 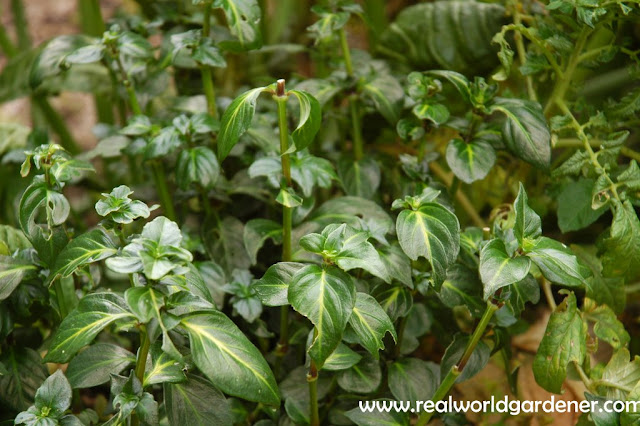 Mushroom plants have dark green, glossy succulent leaves and stems with a yellow central mid-vein.
The leaf is crinkly, about 2 cm long with a sharp point.
And they’re also arranged in opposite pairs  on the stem but at right angles to those above and below.
This is what’s known as decussate.
What does it taste like?
Growing it in a Pot
If you manage to get one, I would recommend taking a cutting for insurance until you find the right spot for it to grow.
How to Enjoy Mushroom Plant
You can eat the leaves in salads, they have a nice crunch to them, or chop them up and put them into scrambled eggs.
They won’t go that grey colour as they do when you use real mushrooms.
Add them to soups, stews and stir-fries towards the end of cooking time. Heat enhances that mushroom flavour.
Why is it good for you? 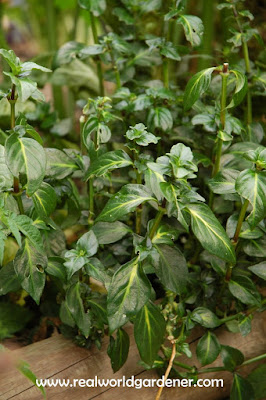 The leaves are extremely rich in chlorophyll, making them, valuable for blood cleansing and muscle building.
Mushroom plant leaves have 3% protein (higher in protein than actual mushrooms).
What I don’t get is that have a few calories, in fact they have 33 calories per 100 grams of leaves,
But the good part is calcium content is 272mg to 100 grams of leaves the highest in any plant!
It beats other plant foods with high sources of calcium are: kale at 249mg, almond 234, soybean 226, parsley 203, dandelion leaves 187, watercress 151, chickpeas 150, horseradish 140, sunflower seed 120, wheat bran 119, broccoli 103, fennel 100, spinach 93, lentils 97, raisins 62, Chinese cabbage 43 … which shows us that the mushroom plant is very high in calcium.
The plant is also a rich source of vitamin C, beta-carotene, iron and other vitamins and minerals.
It’s a very tasty herb and there should be more of it around.
The mushroom taste gets stronger with cooking.
Go to your local markets and buy one today.
THAT WAS YOUR VEGETABLE HERO FOR TODAY

So You Think You Need A Landscaper part 1

You may be wanting to redesign your whole garden so plants that are water hungry are removed and drought tolerant plants put in.
It needn’t be ugly or full of just succulents, but what do you plant?
This is when you need a Landscape Designer or even a garden designer
But which of these do you need?
Let’s find out.
I'm talking with Peter Nixon Project manager and landscape designer for Paradisus garden design. www.peternixon.com.au


For plants as seen in this photo, you will need your garden designer or landscaper to prepare an 'availability list.'
Simply because, these are not the standard, run of the mill plants that are available in every pot size all year round.
You may like plants as those you see in gardening magazines or at plant fairs to be used in your new design.
That will mean, someone spending hours on the phone, finding out out which grower can supply them or in fact even contract grow them in the quantity and size that you want.
TIP: ask the right questions of your landscaper or garden designer. Namely, "will you source plants which I want?"

If you have any questions for me or for Peter, please write in to realworldgardener@gmail.com