Bringing Plants Back To Life and Purple Veggies

Can you bring a plant back to life?

We all love our garden, but sometimes a hiccup in garden maintenance brings distastrous results.
Take this next scenario:
You've come home from a couple of week's holiday and found that your treasured Spathyphyllum sp. or peace lily seems to have melted over the sides of the pot. It was a hot summer and the house-sitter didn't think to water it.
Most people immediately assume that they should water it, but an extra dose of water can actually harm a plant that doesn’t need it.

Out in the garden, there's a similar scenario, with small shrubs looking dried with burnt and scorched leaves.
They're not necessarily dead yet, so how can you tell?
The first thing to do is scratch the bark with your fingernail to see if there's some green underneath the outer layer.
If yes, then happy days, because with a bit of TLC, this plant will be brought back from the brink.
Also test if the limb or branchlet is still supple or snaps when you bend it.
If the stems are brittle, and brown inside when you cut it with a pair of secateurs, then the plant is dead and can’t be saved.

One last chance.
When the plant above ground is all dried up and dead looking, there is a chance that new growth will spring from the roots, depending on what it is of course. Australian natives are good at springing back to life if you cut them to about 5 cm above the ground.

Diagnose the Problem
You need to weigh up whether or not your giving it too much water, (one of the most common mistakes) or not enough water.

Root rot symptoms.
This is when the plants' leaves look wilted, yet the soil is moist around the roots. In fact probably too moist if it's been sitting in a pot of water.
More than likely, your plant has root rot and the only way to save it,(slight chance), is if your spray it with Yates Anti-Rot which contains phosacid. This will only work if you've caught it in time and the leaves are able to take up the phosacid and translocate it to the roots.
Another option is to replant it into drier soil, which is easier if it's in a pot in the first place.

Don't Fertilise Yet
Fertilising now will stress the plant further and possible cause root and leaf burn. Wait it out a couple of weeks to let the plant recover, then add a gentle fertiliser at half strength.

Burnt Leaves
Australia's hot summers can burn leaves of plants, particularly if the ground is very dry.
If it's in the ground and the leaves keep getting burnt every year, dig it up and move it to a shadier spot in the garden.
If it's in a pot, that's an easy fix to move to a better spot.

Frost damage on plants looks similar to leaf burn from too much sun.
If you're expecting more frost because it's only the start of winter, invest in a some horticultural fleece, and throw it over the plant on frosty nights. Leave the burnt leaves for now, because they will protect the lower leaves that haven't been burnt.


Did you say eggplants and then were a bit stumped?
What about purple carrots and beetroot?
Ok beetroot is sort of a reddish purple, but it can be considered purple, I’ll tell you why in a minute.
There’s also purple cauliflower and purple sweet potato not to mention purple chilli peppers.
Let’s not forget purple podded peas and purple king beans, red/purple mizuna, red Russian Kale, Red/purple cabbages. Need I go on?
So there are a few purple veggies out there.


They also contain other health-promoting pigments such as betacyanins and carotenes.
Those anthocyanins and other pigments are good for our health.


Here are some growing information for some of these purple veggies.
Purple cauliflower 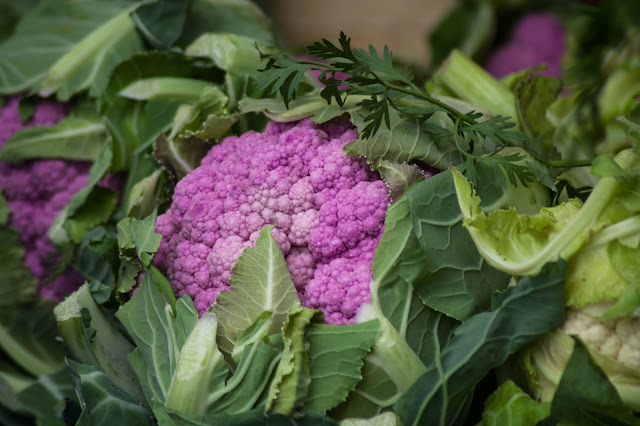 In Arid zones, plant direct into the garden from April until June.
In cool temperate and temperate zones, February was the recommended time to sow seeds but you can sow seedlings until the end of May.
If your district is sub-tropical, transplant seedlings until the end of June also.
Purple caulie is a lovely coloured vegetable that contains all of the health properties of white cauliflower with the added bonus of extra anthocyanin (that lovely antioxidant that's so great for you!).
Just don't be surprised when it turns green once cooked. You can use purple cauliflower in any recipe that calls for cauliflower.
Purple Cabbage.
To sow cabbage, in temperate, sub-tropical and arid districts, March until June is the best time,  but temperate and sub tropical districts can have another go from August until November,
In cool temperate areas March until May is best then again in August. 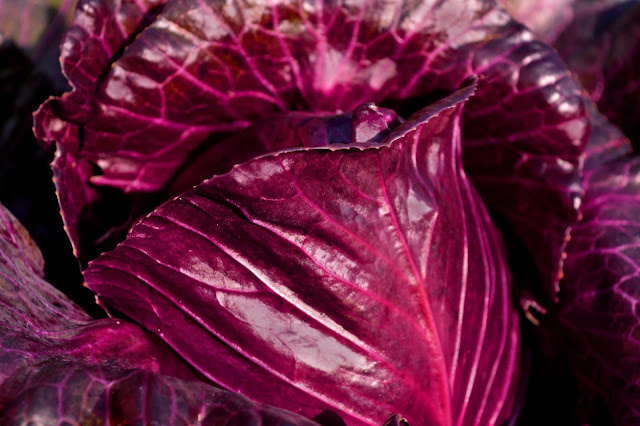 Purple cabbages are not only lovely in colour, but extra good for you with more than double the amount polyphenols than green cabbage.
Purple Carrots.
Purple carrots  can grow year round in subtropical and arid climates.
In Temperate zones, you have from September through to May,.
In Cool temperate districts, September through to February, and in the tropics you can grow carrots from April to June. 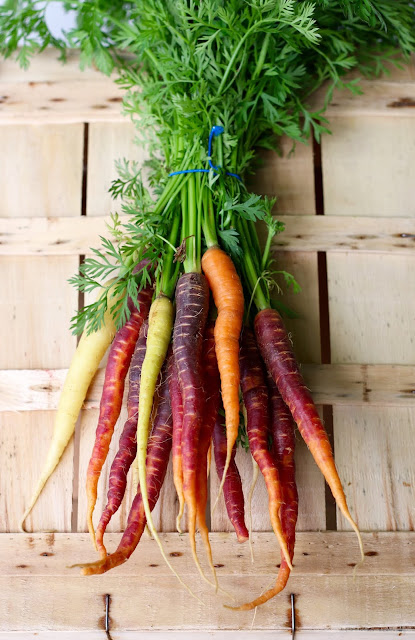 Different-coloured carrots carry different health properties. The purple carrot specifically has 28 percent more of the antioxidant anthocyanin than orange carrots.
Eggplant.
Eggplant seeds/seedlings can be planted in spring to autumn in tropical areas, spring to early summer in temperate zones and during late spring in cool climates.
This pretty, purple-skinned vegetable also contains some of the most potent antioxidants: phytonutrients found in the skin.
Eggplant is also a good source of iron, calcium and a host of other vitamins.
Purple Potatoes.
Purple Potatoes can be planted August to October, in temperate and sub-tropical districts.
Arid areas August until December is your best time.
In cool temperate zones,  September through to January.
These potatoes add more than four times the antioxidants in comparison to regular potatoes, according to reasearch, and score as high as kale and Brussels sprouts in antioxidants.
Purple potatoes were once considered the "food of the gods,
Why are they good for you?
Why grow them? Cabbages contain 90% water and are really low in kilojoules.
Also high in vitamin C, you need only eat 100g to get your daily requirement.
They also have dietary fibre, folate, potassium and help balance fluids when you’ve eaten too much sodium-salty foods.

Posted by Real World Gardener at 17:32