Indian Cooking Class in Spice It Up

Forget those jar sauces and ready- made pastes that you can buy in supermarkets.
If you want a real curry, you’ll need to make it yourself but aren’t they complicated?


Well they can be but that’s why you need an Indian cooking class. 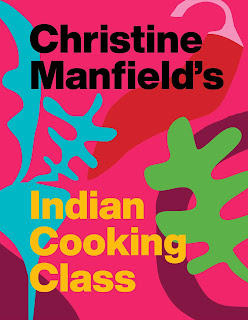 If you're a bit daunted by Indian recipes then would be chefs would find this very useful.
In this segment Ian takes us through what some of the most often used spices are in Indian cooking and why they are so important to Indian cuisine.

Some of these are:

Then marinate chicken pieces in a spice blend that is made from a ginger/garlic paste, kashmiri chilli powder, turmeric, garam masala, sea salt flakes, methi, and cardamom ground. Add the spices to yoghurt and coat the chicken, then marinate for at least 4 hours.

Let’s find out more by listening to the podcast

Well now you know what some of those weird sounding spices are that are used in Indian curries.

You don’t have to buy the book and the spice kit, but it’s a way to kickstart your armchair journey to the spices and curries of India.

Posted by Real World Gardener at 15:34