Cinnamon But Not With Watermelon

We start with a look Cinnamon and cassia in the Spice it Up segment , and growing your own watermelon in Vegetable Heroes;

Most if not all, cooks or chefs would’ve used cinnamon in their cooking at some time or other.
However, most likely the powdered form was used mainly.
What about the cinnamon sticks?
Is that where the powdered from comes from?

If it's the bark of a tree, how does cinnamon get harvested?
Who rolls those sticks, is it by machine or by hand?
Let’s find out.
I'm talking with Ian Hemphill from www.herbies.com.au

You will know be able to tell the difference between cinnamon and cassia.

If you have any questions for me or for Ian, why not write in to Realworldgardener@gmail.com or write in to 2rrr, PO Box 644 Gladesville 1675


And who would’ve thought that watermelon fruit can be seen in drawings in Egyptian hieroglyphics dating back 5,000 years.
Why? Because the Egyptians believed that by placing the Watermelons in the burial tombs of Kings, it would nourish the occupants in the afterlife.
From Egypt, watermelon spread via trading ships to other countries along the Mediterranean Sea and then to Europe by the Moors people during the13th century.


No surprises that watermelons belongs to the melon family or cucurbits, and can be round, soccer ball-size or an elongated, egg shape with smooth, hard, thick, green or yellow skin or rind.
Some watermelons are strongly striped with dark green markings, and others are only faintly mottled dark green. 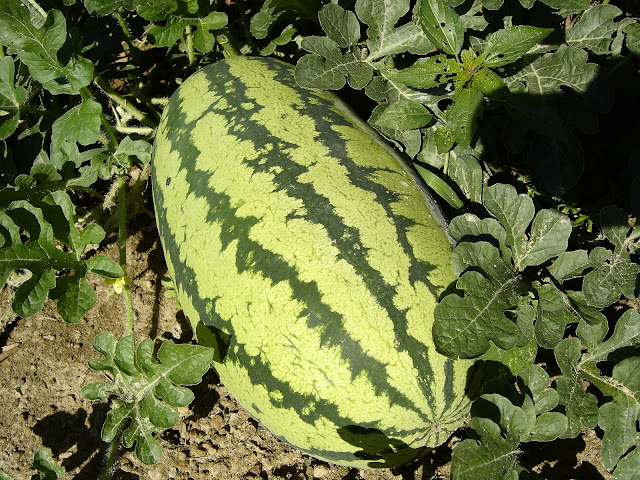 The colour of the inner cool, sweet and refreshing flesh varies from red to yellow.
Dark brown seeds are arranged around the centre. 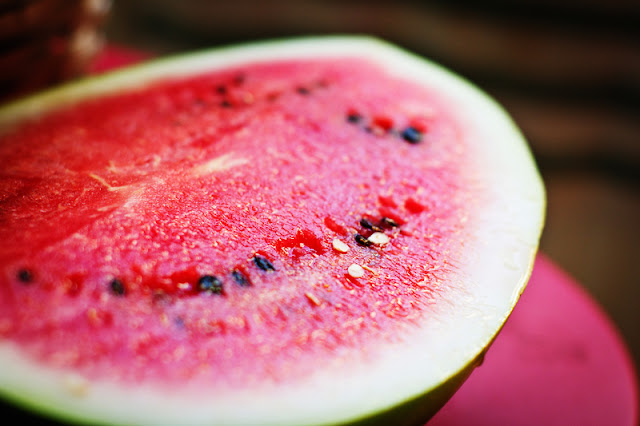 What may be surprising to you is that the pale rind just beneath the hard skin, can be cooked and eaten like a vegetable. Now that's a surpirse!


Sowing Watermelon
In temperate and subtropical districts plant out seeds or seedlings from September through to early January.
The same goes for Cool temperate districts, although December and January is better for seedlings rather than starting from seed.
In Arid areas, lucky you, you have from September through to March.
For tropical areas, another one you have to wait for the cooler months, April to July.
Growing Watermelon
Watermelon prefers to grow on new, fertile sandy-loam soils with a high humus content-that is, lots of compost and manures.
Plus they need lots of water and room.
The soil must be well drained.
Don’t try to grow watermelons in heavy soils.
Add Dolomite lime if your soil’s acidic because watermelons  prefer alkaline soils.
As with Zucchinis, make a mound full of that good stuff, and plant three watermelon seeds about 5 cm deep.


They may be thinned out later.


Where to Grow
Like Pumpkins, Watermelon needs plenty of room to grow sending out long vines and the fruits are quite heavy.
Watermelons also have very shallow root system and they need lots of moisture.
The soil should never dry out, and mulch helps with that.
Luckily, Watermelons are self -pollinating, so you only need one plant unless you are growing seedless melons which require a pollinator. 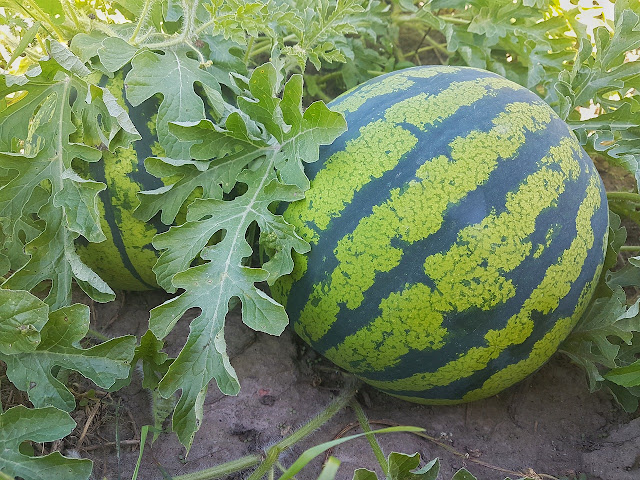 If you’re planning to grow your melons up a tepee unless you can work out a sling system using soft cloth or pantyhose, it’s probably better to grow them along the ground.
There are a few varieties of watermelon and I’m sure you’ve got your favourites.
The most popular is the Red Tiger –that’s a cylindrical melon with dark green skin and dark red, very sweet flesh. One of the few melons that have very few seeds.
Then there’s Viking- a medium to large, elongated melon.
Allsweet is large and oval-shaped.
My favourite is Sugar Baby, a small, round melon.
So how do you know when it’s ready?
Melons are ready to pick when the part in contact with the ground is turning yellow and the fruit sounds hollow when tapped.
Why Are They Good For You?
Watermelons are a good source of Vitamin A and C, the minerals potassium and iron.
Watermelons also contains high levels of lycopene a powerful antioxidant - lycopene is found only in small select group of fruits and vegetables. Watermelons are 90% water, that’s why they’re so refreshing.
AND THAT WAS OUR VEGETABLE HERO SEGMENT FOR TODAY
Posted by Real World Gardener at 06:00