Plants for Privacy in a Container
What do you do if you want a plant for privacy but there’s either not enough soil in that location or you’re in an apartment?
I’ve talked about big trees in pots with horticulturist, Adrian O’Malley from Plant of the Week, before, but it doesn’t have to be just about trees for privacy.
So what can it be?
Let’s find out .

Choose as large a pot/container as you can accommodate in the spot where you want to achieve some privacy.
For my Magnolia 'Little Gem,' I have a 60cm terracotta round pot.
The disadvantage with round terracotta or ceramic pots, is that they can be bowled over in strong winds.
Mine has a large crack down one side having been blown to the ground numerous times during strong winds.

There is of course the problem of replacing the soil which over a few years, will slump.

If you really want a sure fire winner, then choose Murraya paniculata or commonly called Murraya, for your screening option.
Yes, I know it’s pretty common, but that’s a good choice if you’re prone to forgetting to prune it.
A lesser known and somewhat handsome plant that Steve mentioned is Radermachera “Summer Scent.”
Originating from Southern China, Summerscent has lush, glossy, compact foliage.
Best of all this plant has clusters of white to pale pink scented flowers that flower profusely throughout the warmer months.
A perfect plant for hedging or screens as it responds well to pruning and adds a tropical feel to the garden.
Summerscent grows well in full sun and shade as well as indoors if kept in a well lit position.
If you have any questions of course, why not email realworldgardener@gmail.com or write in to 2RRR P.O. Box 644 Gladesville NSW 1675.

Savory, The Herb of Love
Winter savory (Satureja montana) is a perennial herb in the mint family (Lamiaceae,) and it’s native to warm temperate regions of southern Europe


Savory is used in herb combinations, such as Herbes de Provence, a French combination of herbs used for seasoning.


Winter savory is now little used in Australia, but for hundreds of years both winter and summer savory have been grown and used. 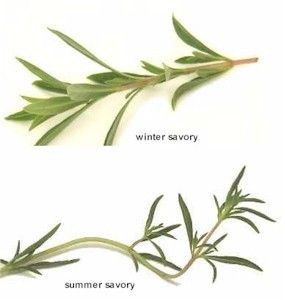 The history of savory goes back about 2000 years and it’s one of the oldest culinary herbs.
Here’s a surprising fact, the genus or first part of the latin name Satureja is derived from the word satyr, the half-man, half-goat creature in mythology who owned the savories.
It has been associated with love potions for centuries.
Romans used savory as a medicinal and culinary herb long before they discovered pepper.
In medicine they used it for bee stings, and as an aphrodisiac.
When the Romans brought savory to England, it was used there as an herb for chicken stuffing instead of a medicinal herb.

As previously mentioned there are two distinct varieties of savory - summer and winter.
Summer savory is most often used for healing.
Summer savory is said to increase sex drive, while winter savory decreases it.
Make sure you get your savories right!

What does Summer Savory like?
Well, it’s no different than growing Thyme, it likes full sun with well-draining soil.
Savory prefers to be planted in soil that's slightly alkaline.
Give it a side-dressing of compost or worm castings whenever possible.


My plant dies down a bit in winter, but always regrows, so that’s a good reason to get some summer savory for your herb garden.
Tips For The Chef


To me, it has a slightly peppery flavour, but a piney fragrance when you crush it in your hand. 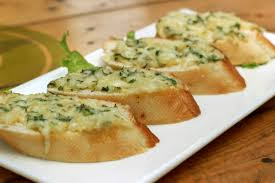 Why is it good for you?
Savory herb is an excellent source of minerals and vitamins -.
Its leaves and tender shoots are one of the richest sources of potassium, iron, calcium, magnesium, manganese, zinc and selenium.
This herb also has dietary fibre. Who would believe?
Potassium is an important component of cell and body fluids that helps controlling heart rate and blood pressure.
AND THAT WAS YOUR VEGETABLE
Posted by Real World Gardener at 11:09