Assessing Trees for Failure ( following on from blog on "Why Trees Fail"
https://realworldgardener.blogspot.com/2020/04/why-trees-fail-and-celery.html

Trees are so beneficial in a garden that I can’t imagine having a garden without them.
For me they provide, an element of height, but often the ones I choose have flowers with sumptuous scent, and in summer, they provide much needed shade.
But how to prevent them from failing is the question in this week’s segment.
Let’s find out .
I'm talking with Glenice Buck, consulting arborist and landscape designer  www.glenicebuckdesigns.com.au
Trees fall from time to time and believe it or not, sometimes it’s not predictable, and sometimes it is.
Glenice says "it's totally impossible to predict if and when a tree will fail"
BUT you can seek professional advice from a consulting arborist to relieve any worry that you have about that particular tree.
Remember, a tree expert will cut out limbs correctly if they need cutting so the tree will be less likely to get insect attack or decay forming.
Consideration is given to remaining trees, if one needs to be taken out because it exposes them to more natural elements such as wind and changes in hydrology of the soil.
A qualified arborist will use methods as outlined by QTRA and TRAQ are methods of tree risk assessment.
QTRA-Quantitive Tree Risk Assessment
TRAQ-Tree Risk Assessment Qualification.
From the www.treenet.org site
"The terms ‘hazard’ and ‘risk are not interchangeable.... A tree-failure hazard is present when a tree has potential to cause harm to people or property.  ‘Risk’ is the probability of something adverse happening; the likelihood that the hazard will cause harm.
Assessment of tree-failure hazards requires consideration of the mechanical integrity of the tree and the likelihood that the tree or part of it will fail within a given period."
If you have any questions of course, why not email realworldgardener@gmail.com or write in to 2RRR P.O. Box 644 Gladesville NSW 1675.

Florence Fennel Foeniculum vulgare dulce and var. azoricum
Did I really mean Florence Fennel?
You might think that I’m trying to get you to grow that roadside weed that is found all over Australia.
No, I’m talking about the culinary fennel. 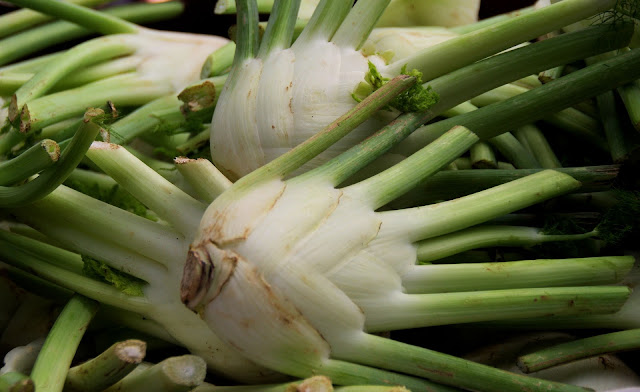 That other fennel was probably the Fennel  mentioned in the seed  inventory list brought out to Australia by the First Fleet in 1788.

Did you know that in Ancient Greece fennel juice was used as an effective cure for poor eyesight, night blindness and cataract?
In medieval Europe, fennel and St John's wort were used together to ward off evil.
The real fennel (Florence fennel Foeniculum vulgare Azoricum Group;) is a cultivar group with a sort of bulb at the base that you can use in cooking, salads and stir fries.
Also the real fennel or Florence Fennel has a much milder anise-like flavour, than wild Fennel and is more aromatic and sweeter.


This plant is best in hot, dry climates but will grow in practically all climates of Australia.


What is Florence Fennel Really?
Florence Fennel is a perennial that’s rather stocky and really only grows to about 60cm/
It resents disturbance and responds to any shock by bolting: so you’ll only get feathery fronds and flowers, but no swollen stems.


Florence Fennel isn’t too fussy with soils as long as the veggie bed, or garden bed is well drained as has compost or decayed animal manure dug in, In cool temperate districts cut back the plant to about 10cm above the ground as winter draws nearer.

When planting your Florence Fennel seeds –sow them about  5mm deep, and unless you’ve got a lot of space, you don’t need more than 2 or 3 because they need spacing of about 30cm.
TIP:
Never let the soil dry out because water is needed for germination, steady growth and swelling.
If roots become visible or plants seem unsteady, earth them up to stabilise them.
This will help make bulbs white and tender and, later, exclude frost.
How to Make The Base Stay White?


When Are They Ready?
Plants take several months to mature that’s 3-4 months after sowing. 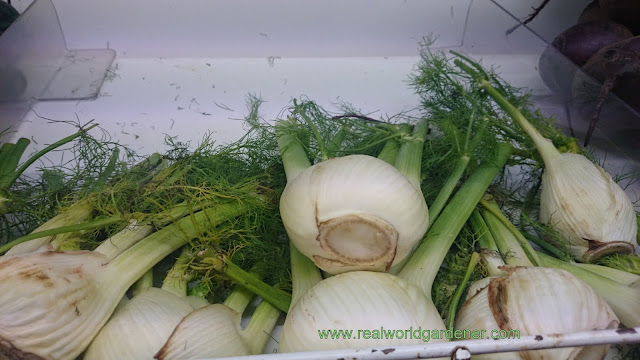 This way you’ll get more feathery shoots that can be used as celery/dill-flavoured seasoning in the kitchen.
The bulb is best sweet, ripe and fresh (try it raw in salads) but it will also keep for several weeks in a cool, dry place.
You can get root cuttings from plants that have been lifted during spring, so any if you attend a garden club, ask if any members have this plant.
There are plenty of seed suppliers in Australia that have Florence Fennel Seeds.
Why is it good for you?
The fennel bulb is also an excellent source of Vitamin C
Did you know that if you don’t get enough Vitamin C that’s linked to the increase in the incidence of rheumatoid arthritis and osteoarthritis?
Fennel also has folate (Vitamin B), fibre and potassium.
One cup of fennel has 10.8 per cent of the daily fibre intake, 5.9 per cent of the daily folate and 10.3 per cent of the daily potassium.
An advantage of growing Florence fennel are that it attracts parasitic wasps and very small Praying Mantises.
It’s free of pests and it looks great and the Fennel bulb is delicious baked, too. Why not try it grated raw in a salad or baked in lasagne.. Definitely worth a try
Posted by Real World Gardener at 10:21